Pimply Boys Should Not Determine What I Think About Myself 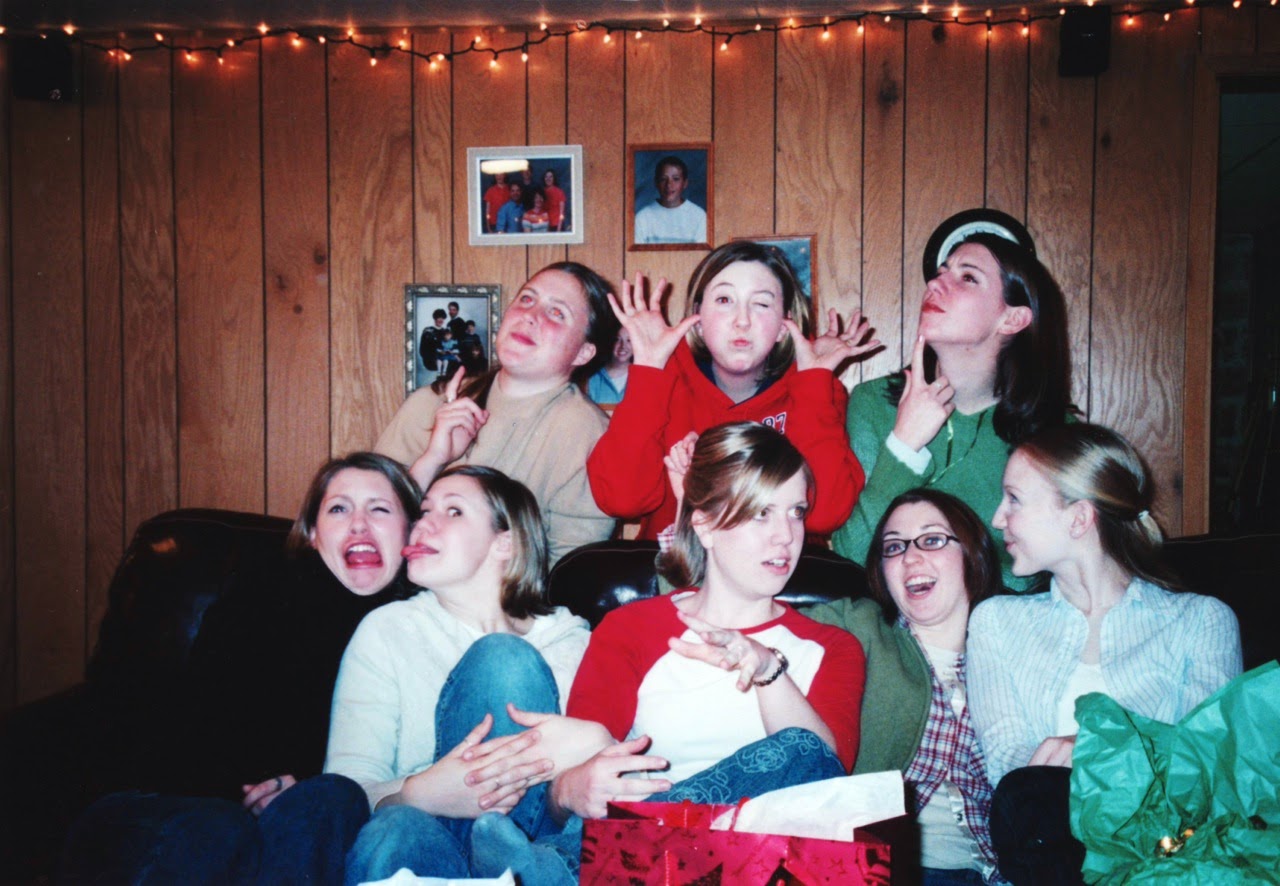 In Junior High, there was an event that I was at with my friends, and (like any middle schoolers) we had just met some cute new boys. We were all chatting and then the boys asked about doing something later. We giddily agreed (because, you know, they were CUUUTTTTEE!!!)

Then, one of the guys looked at me and said, "We can keep hanging out with them, right?"

I wasn't quite sure why he was asking me that. And then he said, "You are a youth leader, right?"

I felt the sting. Suddenly, the realization that these boys had thought that I (the 13-year-old girl) was old enough to be a youth group leader. And it also dawned on me that they weren't interested in me since they thought I was over 20.

The other girls giggled and said I wasn't their leader. The boys were all like, "Woah! You look so old. I just thought you were."

My 13-year-old self translated that as curvier, not as cute, and definitely not one of the girls any of those adorable 13-year-boys had their eye on.

I don't remember much about what happened after that--probably because I felt so embarrassed about it and blocked it out. But, I do clearly remember that feeling--that I was too curvy, too mature-looking, and not pretty enough to be noticed.

That's just one example from my past that echoes into the future. Even though that event happened over 17 years ago, it was just one of those moments that started to define how I thought about myself.

Too curvy. Never super in style. Never super thin or athletic. A little chubby. Not as pretty as the other girls. Could stand to loose a few pounds. The girl standing on the sideline while I watched my friends get attention from boys. Often feeling awkward about my body or size. Often wishing I looked different.

Even today, as an almost 30-year-old woman (a far-cry from my 13-year-old self), I struggle with feeling super snazzy about my body. I often wish that I was about 4 sizes smaller, actually had cute hair, and knew how to dress better.

Right now, especially, I feel the weight of those extra postpartum pounds and wonder if it's worth it to even try to shed them.

When I look in the mirror, I don't often feel beautiful. Oh, I have days where I feel more lovely and pretty than others, but it's not the norm.

Thankfully, I'm moving towards seeing and believing beautiful. I'm working on truth-telling instead of shame-shouting (more on that later).

I don't need to believe that I'm America's Top Model. I just want to stare at myself in the mirror, see myself as God created me to be, and stop believing that He should've given me a different metabolism or face shape.

Who has more clout? God or pimply boys?

Truth is: Even if I were four sizes smaller and super stylish, my heart mirror would reflect the same discontentment with the way I look. For me, this is a heart issue not a physical one.

He created Nicole. As me. No matter my dress size.

And He create you. As you. No matter your dress size.

Question of the day: what events in your past defined or set a pattern for the way you thought about your body? Was it positive? Negative? Do you feel like those events still echo into what you believe about yourself now?