When I turned the key into the ignition, there was nothing. Not a spark. Not a sound.

I knew the car would need to be fixed, but I didn't have time to think too much about it since I was already running late for work.

I hurried into the house, told Josh about the car, and tried to work out our schedules using only one car.

I remember that day being one gigantic hassle, and I even rambled on about it here on this space.

Little did I know that my car would never start again, and we would decide to temporarily use only one car.

Honestly, that first semester with only one car was the hardest--there were a lot of growing pains and life transitions since we hadn't arranged our schedules to work with one car. I felt like I was always driving around, picking up and dropping off, being picked up and dropped off, and a lot of times, it was inconvenient and annoying. Honestly, some days it's still inconvenient and frustrating.

But three years later, the day that my little car died was a blessing wrapped up like a bad day and a broken car. Three years later, we actually enjoy sharing a car (most days!) plus it's been a blessing on our wallet. Especially on days with hectic schedules, that ride together in the car is often the only time we have to connect and talk.

Or like today, we get to sneak out and enjoy a little coffee date before our day gets going. 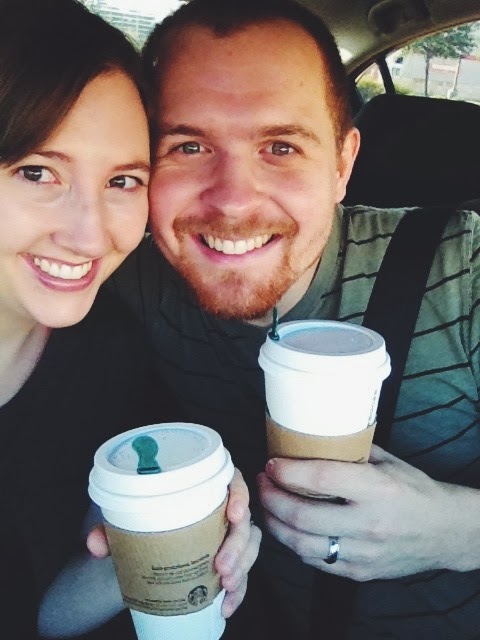 Letting go of being a two-car family for this season was not an easy choice for us, but it was a wise one.

But holding on to our decision of sharing car has been a gift. I treasure the memories with my husband (and now little one) that I've collected over the past three years--many of them wouldn't exist if we didn't share a car. I know that we'll probably buy another car soon, but I think that it will be a little bittersweet for both to wave this season good-bye.