Provision. And the day the batmobile died.

On Sunday the 7th, we headed home from visiting family in Dallas in our older, but dependable, Honda Civic.

When we neared Waco, Josh told me that the clutch felt strange and was concerned that we wouldn't make it home (still about two hours away).

I didn't take him too seriously because it seemed that our car was always dying in some way or another. It was notorious for making weird sounds, groaning with age, and looking like it was on its last leg.

But, within about ten minutes, the car was limping off of I-35 to the nearest safe spot we could find. The car was moving, but not shifting, so Josh managed to get the car into a wide shoulder on the access road. 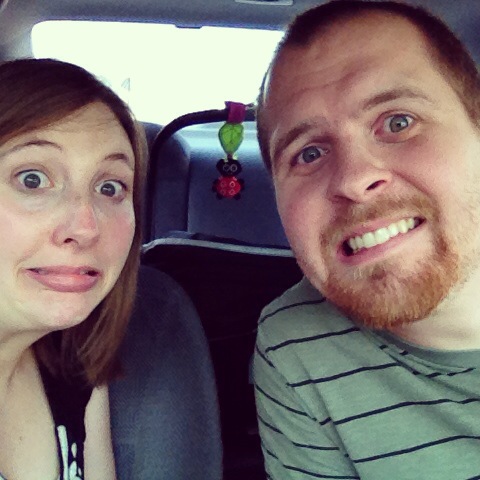 (The look of "well. Looks like we've got a fun day ahead of us!)

So, there we were. A dog. A baby. A, perhaps forever gone, car. And a full trunk. Thankfully, the car was still running, so we could blast the A/C while we waited.

Josh called AAA (lifesaver, people...get the membership!), and I nursed Luke on the side of the highway while we waited for a tow. About an hour later, we all loaded into the tow truck and headed to the one hotel in West, TX. 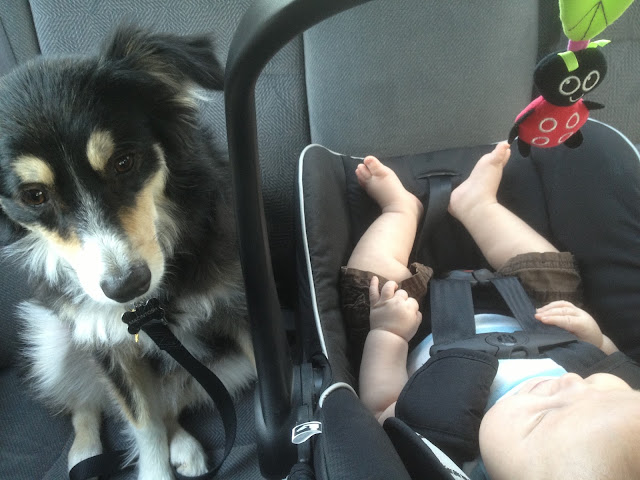 (Mac was miserable, and Luke was a trooper!)

Once at the hotel, we waved the tow truck off while letting it sink in that we were hours from home and sitting in a hotel parking lot with an infant, a dog, and a non-moving car. Josh went into the hotel to check us in, but he came out with bad news.

So, now were sitting in a parking lot with no way to get to a place that did take dogs. Thankfully, we remembered that a couple we knew from our small group at church lived in Waco (which was about 20 minutes away). Even though we weren't very close to them, we thought it was worth a try to get in touch and see if they could help. We spoke with him (his wife was out of town), and he said he could come and get us.

It was one of those moments that just reminded you that God's provision is constant--that He uses his people to meet needs and show His care.

He came to get us and were were treated with a lovely guest bed, a car to use the next day, and a place to keep the dog while we straightened out everything with the car.

The next day we received the news that our car's transmission was clogged and that the repair would cost more than the car was worth. So, we decided, that we would sell it for what we could and get something new (to us!). 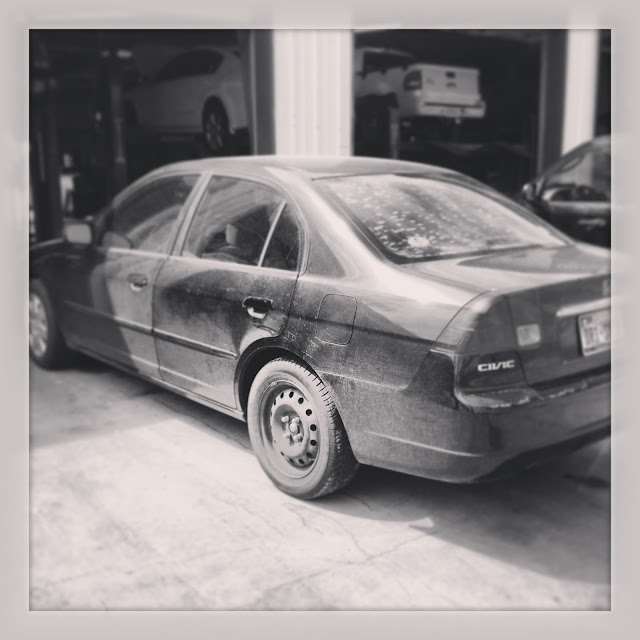 (RIP Batmobile: We had a lot of good memories with you)

Even though I was happy that we were going to get something different to drive (the car wasn't my favorite), we were really hoping that it would live until Josh graduated and got a job. Honestly, it felt like it couldn't have died at a worse time.

But, God still provided a way for us to buy a different car. I won't bore you with all the details, but we were able to get a pretty sweet deal on a more family-friendly (aka larger and safer) car. Also, this past weekend, our friends offered their car to us to use while we searched for a new ride and went back to Waco to finish up business with our other car. 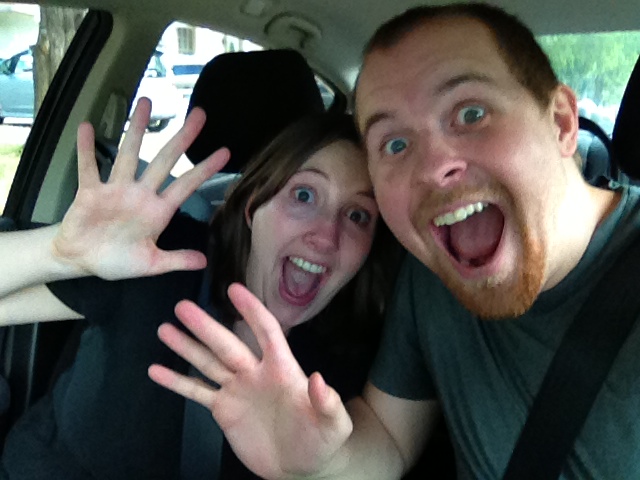 First drive as owners of our new-to-us car...also, our hands are so awkward!

Even though we spent one week without a car (we are a one-car family), it was a very good week. It was a week that reminded me, in many sweet ways, that God provides and takes care of us--in the big and the small.

Often, in our culture, we equate provision with money, but this week I was reminded at how much God uses people as His provision. We had so many of our needs met with gracious and giving people--a reminder for me to keep my eyes open for ways that I can meet the needs of others.

In what ways have you seen God's provision for you lately?