Around the World Preschool Learning

Last fall, we started doing some more structured and directed learning at home. It helped me introduce some new rhythms into our day and also has helped Luke become more prepared for school. However, after weeks of choosing themes, I felt like I was out of ideas and in a rut.

We pressed pause around Thanksgiving, but I wanted to start it up again after months of travel, holidays, and random schedules. But, I didn't want to return to the typical preschool themes. So, I decided that it would be fun to learn about other countries. But, we'd continue to incorporate letters, name writing, math, and science. We've done three weeks so far and I am loving it (and so is Luke). I'm actually learning a lot too, and I love that it is expanding Luke's view of the world.

Honestly, I keep it super simple. I haven't created a fancy curriculum or cute templates. We generally follow this guideline:

-- Landmarks, traditions, and culture
-- Traditional foods
-- How to say "Hello" in the major language of the country
-- Location on the map
-- Books/Visuals/Movies about the country

For example, we started with Guatemala--so this is what we did to learn about Guatemala: 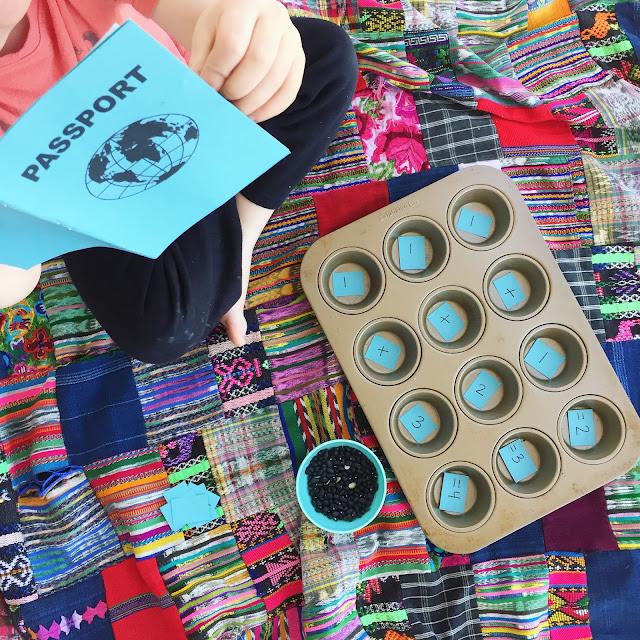 Landmarks, traditions, culture: Tikal/Mayan people and Volcanos: we watched videos about Tikal and made our own volcano. I also brought out my Guatemalan quilt to talk about Mayan weaving.
Traditional foods: We watched a video (thank you, youtube!) about how they make tortillas and then made homemade tortillas. We also did a math exercise with beans. Of course, I had to make eggs, rice, plantains, beans, and tortillas for supper one night.
How to say "Hello" in the major language of the country: Hola!
Location on the map: I bought this map on Amazon and put it up in our living room. Luke loves to point out the country we are learning about each week.
Books/Visuals/Movies about the country: I checked out a few books about Guatemala from our local library--this one was a favorite.

Then, we learned about China: 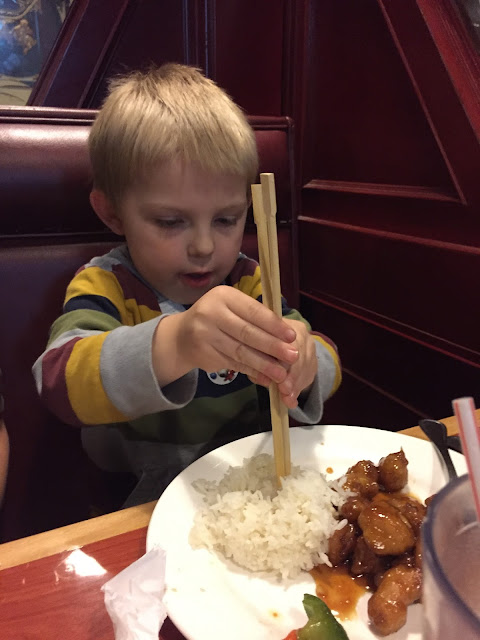 Landmarks, traditions, culture: We focused on the Chinese New Year and the Great Wall of China. We made a paper dragon and watched videos about CNY and the Great Wall. We also made a Chinese flag with red dots and stars.
Traditional foods: We made moon cookies (since the cakes were a little too fancy for me to try to make) and went out to a Chinese restaurant to have dumplings and practice using chop sticks.
How to say "Hello" in the major language of the country: Ni Hao
Books/Visuals/Movies about the country: Our favorites were Ping and The Runaway Wok. Of course, we watched Kung Fu Panda and Mulan :) 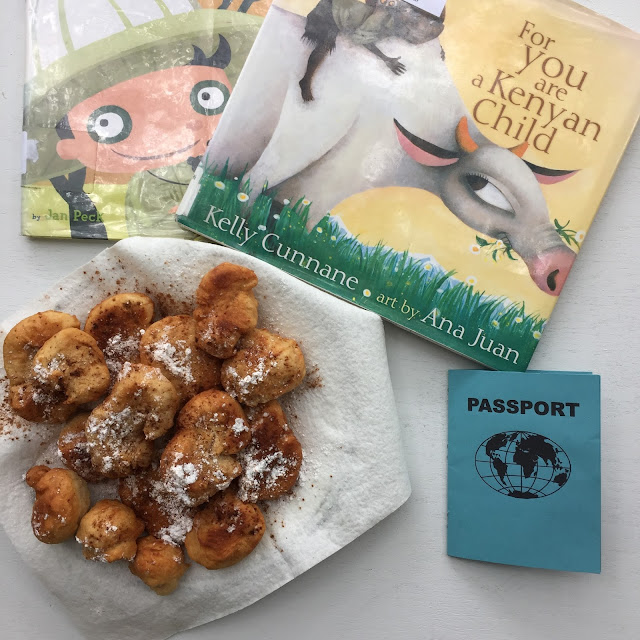 We've also done Kenya (it was fun learning about the safari, the Maasai people, and Wangari's trees) and then took a week off.

This week we are starting up again and heading to France (I'm especially excited about the food!)

You could go so many directions with this--such as add an artist, writer, or cultural icon to the list. Or maybe pray for a missionary working in that country during that week. If your kids are older, you could incorporate more history and traditions.

The key for us is to keep it simple + and focus on a few key elements of each country/culture to make it manageable (hello daily life!). Plus, keeping it simple gives Luke the chance to retain information about a few key cultural ideas. It's so fun to hear Luke talk about eating tortillas and beans (Guatemala) and about the rabbit in the moon (from China).

I've also found it super helpful to watch videos on Youtube or even an episode of Super Wings (on Amazon prime) about that country so Luke can have a visual to connect with our activities. For example, after watching the lady make tortillas in Guatemala, he tried to mimic her actions when we made tortillas.

Beyond that, it's super important to us that Luke (and Sam too) to have a global perspective, and for us, this is an engaging way to start introducing that the world is so big, amazing, interesting, and valuable!

I have a Pinterest board going if you are interested in following along or incorporating some culture/country learning into your own daily routine with your kiddos. I'd love to hear about where you explore and what you do!

So, after France, where should we go?