Near + Fear: About Samuel and the NICU 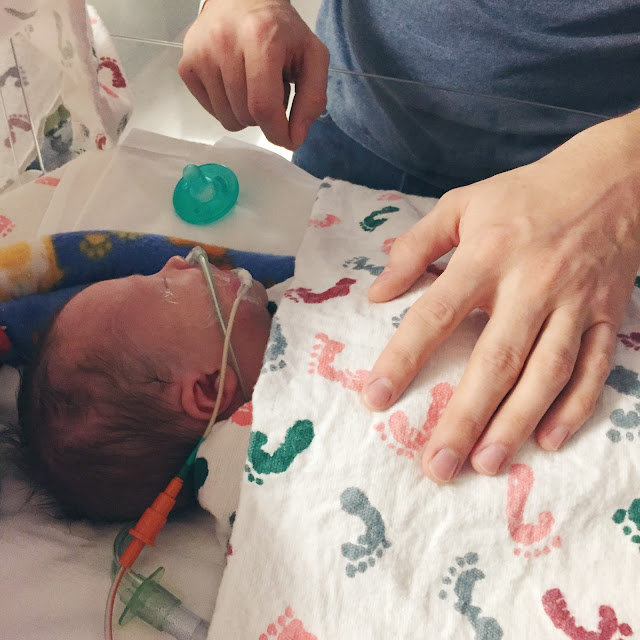 The other day, I spent a few minutes reading Lamentations 3. Some of my favorite verses (22-24) are tucked into that chapter, but I realized I hadn't read them in context for a long while.

As I read, another verse, verse 57,  stood out to me. You see, I've been trying to articulate and write about those days that Samuel had surgery and was in the hospital (this is my third time of trying to write about it!)--But, I've struggled to know how to summarize or even explain how I felt during those ten days. How do I explain how fear and peace, comfort and frustration, sadness and thankfulness all lived in the same space?

"You came near when I called you, and you said 'Do not fear'"

Near. Fear. Two words that describe so much of those ten days.

God was near when I released my squishy new son into stranger's hands to take him to another hospital in a helicopter. God was near when I gave verbal consent in the car for Samuel to have major surgery without having a chance to see him before surgery. God was near in the middle of the night while I pumped and my baby lay in a hospital bed--far from his momma's comfort. He was near when I felt the weariness of being away from home and recovering from having a baby. He was near when I cried on the bathroom floor because I was just so sad that this was Samuel's beginning and when I worried that something else would go wrong. He was near when I got mad that my baby was cut open and life didn't happen the way I wanted. He was near even when I glared my eyes at Him.  He was near when my momma hurt from being needed in two places at one time--and not being able to do it. 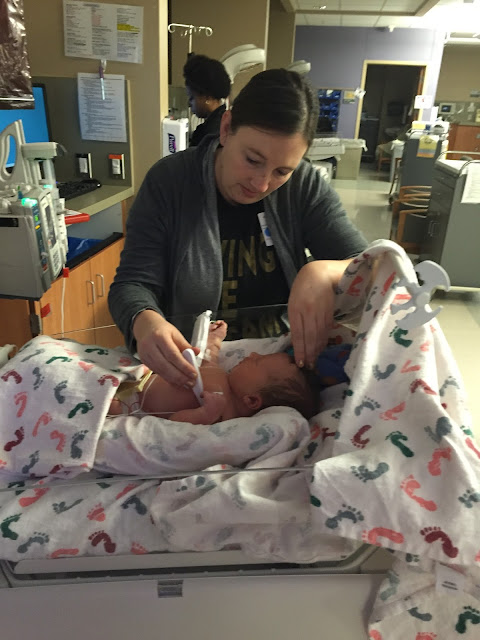 I had a lot of fears--in fact, one day I had a dream that someone came into my room and held me down. In my panic, I kept telling myself that it was dream. But I couldn't pull myself out of it--it quite literally felt like fear was sitting on my chest. And when I did wake up, I whisper-prayed, "Oh God, be here with me." I was so scared that Samuel would have a complication that would spiral into worse outcomes. I feared a phone call in the middle of the night that something had happened. I feared the separation from either one of my sons. I feared that my faith and hope would unravel. 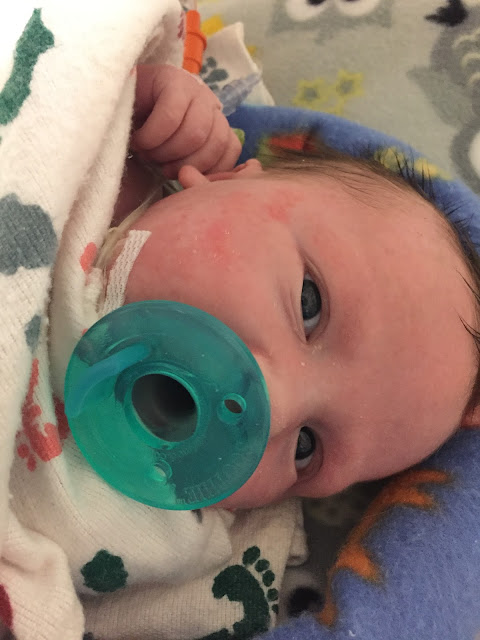 But, that voice, the Comforter's voice, reminded me, oh so gently, that He was with me. And he was with Samuel--tenderly watching over him while I could not. So, even though I didn't walk through those days without any fear, I did not walk them alone.

Those days run together into a thousand moments in my mind--it's hard (even just 5 weeks later) to recount all the events of those days. I remember the long stretch of looking, but not being able to hold him for the first week after his surgery. I know that there were IVs and medicine, post-op visits with the doctor, sweet nurses, and relearning the fine art (ha!) of nursing a baby connected to wires. I know that Sam had his first bath on a NICU baby bed. I remember that he looked like Frankanstein for a few days because he had an IV in his head. I remember that he sucked on his little green paci like it was a neonatal sport. I remember his blue eyes turning towards my voice and his little hand circling my finger. 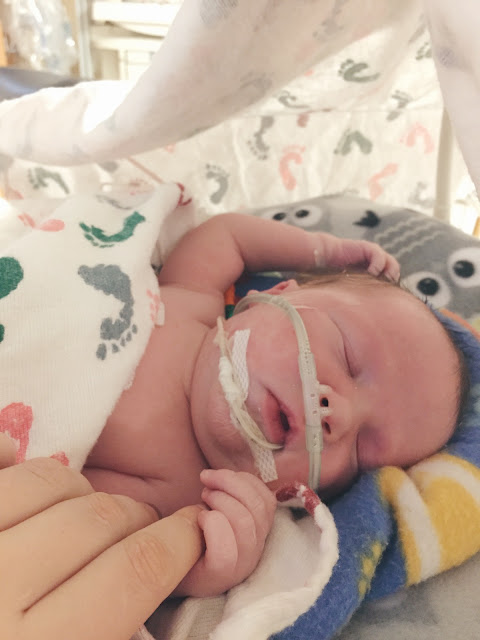 I don't need to place every moment in its order or replay every day of that stay--but I don't want to forget the nearness of God during those days or the sweet moments we did have.

Those first ten days of Samuel's life are an ebenezer in my own life--a stone of remembrance. And an absolute testament that God is with me--in the messy, the painful, the good, the sweet, and the hard.

"Samuel took a large stone and placed it between the towns of Mizpah and Jeshanah. He named it Ebenezer--"the stone of help"--for he said, "Up to this point the Lord has helped us!" 1 Samuel 7:12