Can I just take a second and share that toddlerhood + Nicole = daily reminders that I have no idea what I am doing?

Especially as I glide (or waddle!) into the third (yes, third...what?) trimester, I find that I'm a little more tender--physically and emotionally. Daily, I just ask Jesus to give me what I need--wisdom, energy, or perhaps an invention that would delete the word "No" out of Luke's vocabulary ;)

If I even start to think about a baby entering into our family in January, I start to feel downright anxious and wonder how in the world it will be possible to shepherd my little guy while I nurse, run on 2 hour increments of sleep, and adjust to having another little person in my care.

I know it's possible--but, I'm just guessing that it won't be easy, simple, or painless.

So, as I deal with toddlerhood and anticipate all the change that is coming, I'm working on opening up my motherhood joy-eyes. Because, really, Luke is pretty great (says the mom)...

For example, he loves to bake with me. I mean--if I even so much as look at a bowl, he's pulling up a chair to help me. Helping me includes adding extra ingredients (such as his digger), stirring with the vigor of a 20-year-old football quarterback, and lots of taste-testing (I'm pretty sure he also tries the product in his hair just to be sure it's whipped correctly). 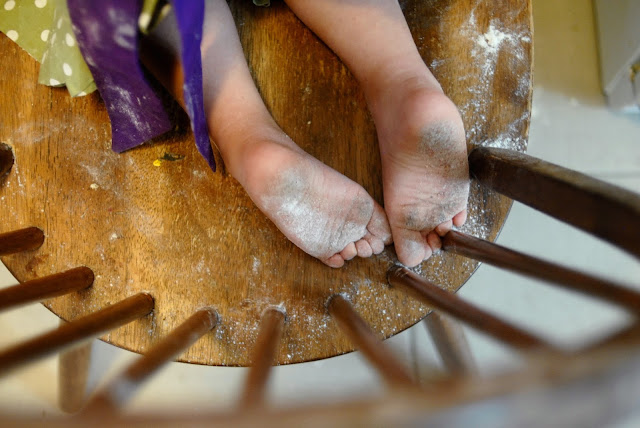 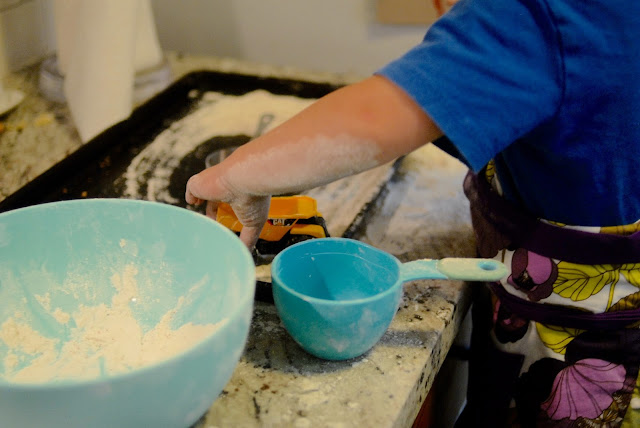 Wisely, I've decided that the best way to let him help is by giving him his own bowl or tray--it means a mess for me later, but it's better than tonka trucks in my cookie dough. Right? 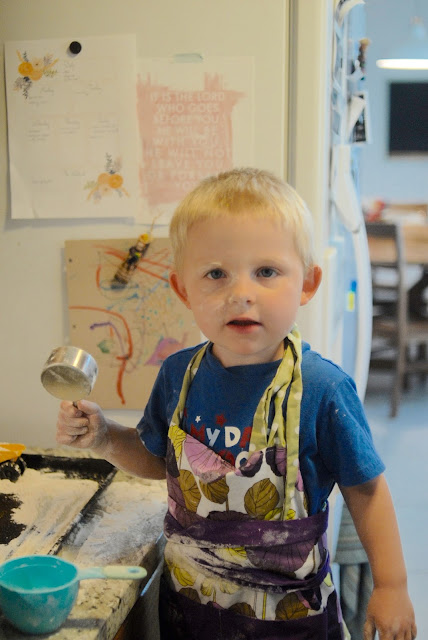 Luke has also befriended a butternut squash as his "elephant peanut." Mr. Peanut has gone on a walk with us (yes, we got some funny looks!), been used as a bribe to lay down and change his clothes, been affectionately put down to nap (or smothered), and has even been a reading friend. Let's just say that if Luke loves his brother as much as he loves that butternut squash then I don't have much to worry about ;) 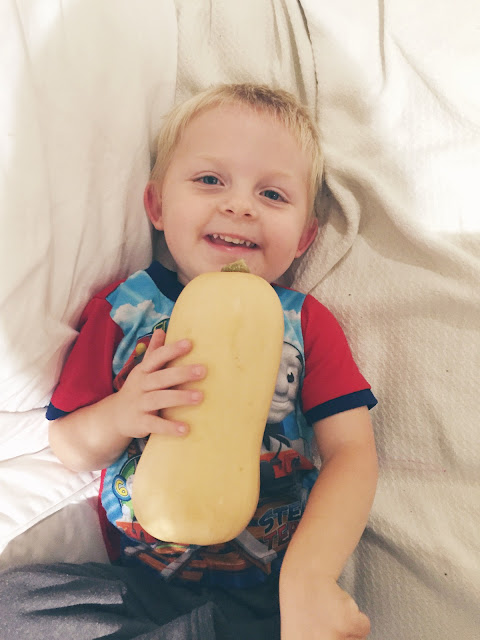 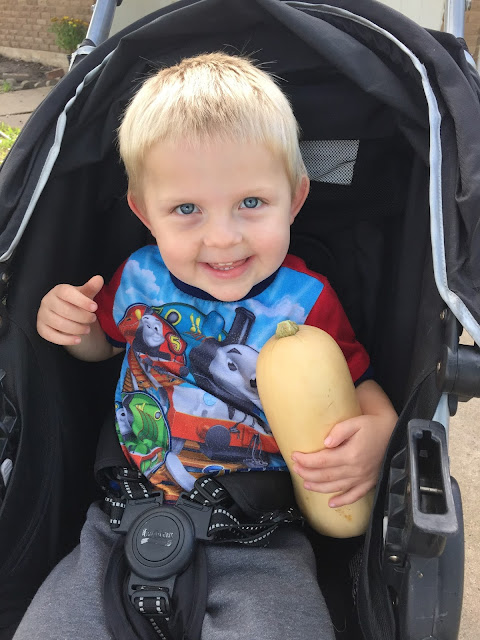 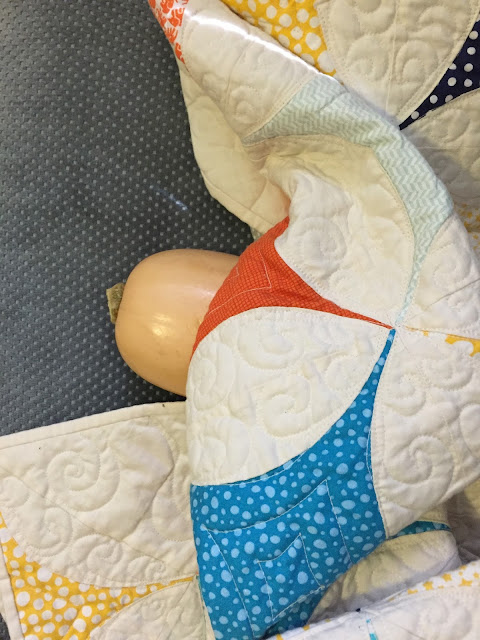 I've enjoyed lots of dance parties lately--the last one included the mirror at the shoe store. I don't know what music he was dancing to, but he was clearly enjoying watching himself do some cool moves. Ha! 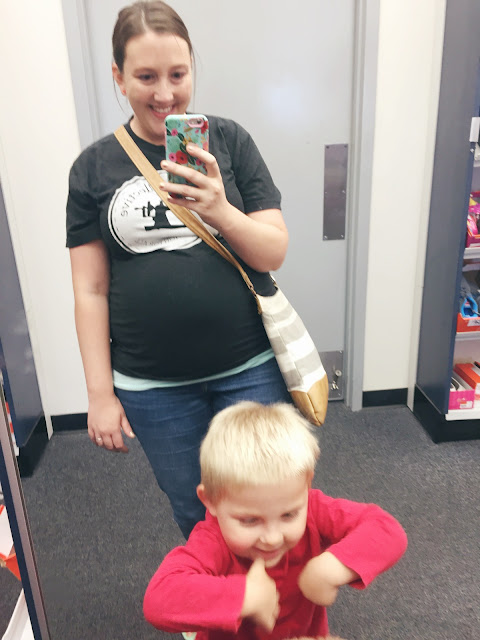 Like most boys, Luke also has an insect-to-the-light attraction to dirt. Dirt by a tree, dirt by a house, dirt by garage, dirt, dirt, anywhere. As a mom who tries to avoid spending too much time staring at my phone while I'm hanging with Luke, I find the struggle is the most real while I watch him dig and dig and dig in a tiny pile of dirt with his mini-digger for what seems to be forever. Usually, Instagram wins. 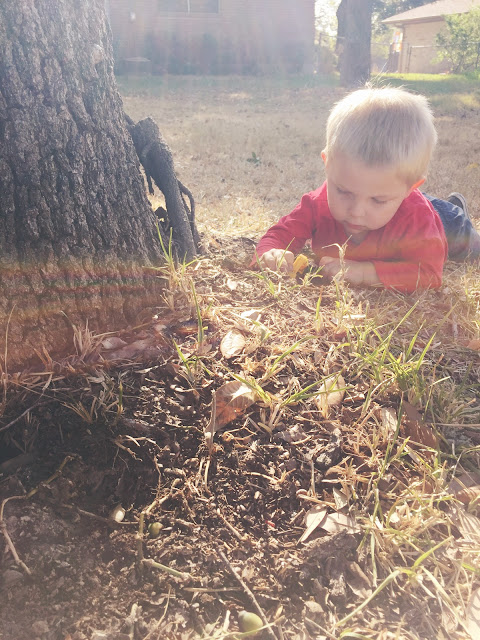 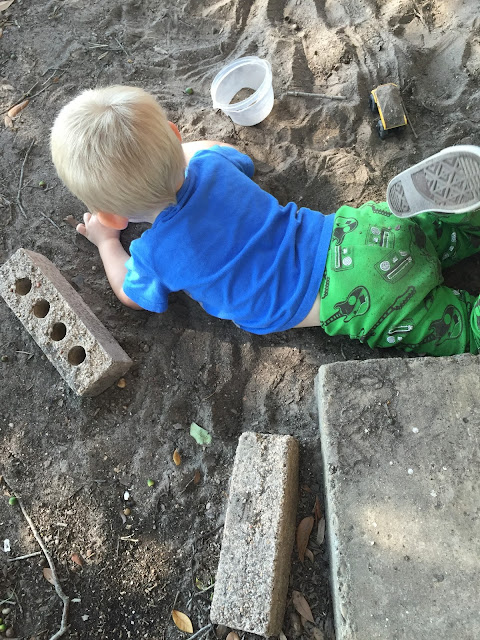 I'm also thankful he hasn't learned that mom's sunglasses are uncool. I'll take that as a compliment. 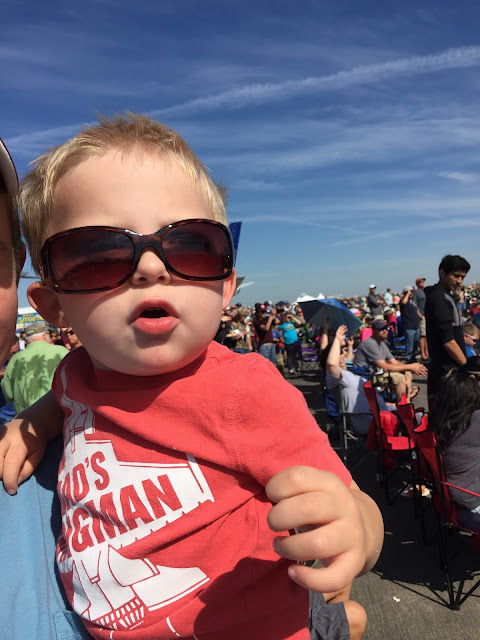 Yes, this season is full of meltdowns over his shoes being too tight or too big to too anything but right. Or maybe he wakes up from nap and cries for twenty minutes for no reason. Or perhaps everything I say is repeated with a no, "No eat breakfast" "No go to store" "No jammies" "No bath" "No bed" "No beans" "No mommy reads a book" "No. No. No."

And, just maybe, this season is also full of shepherding that includes a lot of "stop washing your hair with ravioli," and "keep your bum on your chair" (times 5 million), and "let's not use that {weird house object...where in the world did you find that?} you found as a drum on our wall." But, I love seeing moments of toddlerhood with my motherhood joy-eyes (even with blurry vision sometimes)--and yes--even ones that includes dirt-covered fingers trying to poke themselves up my nose. 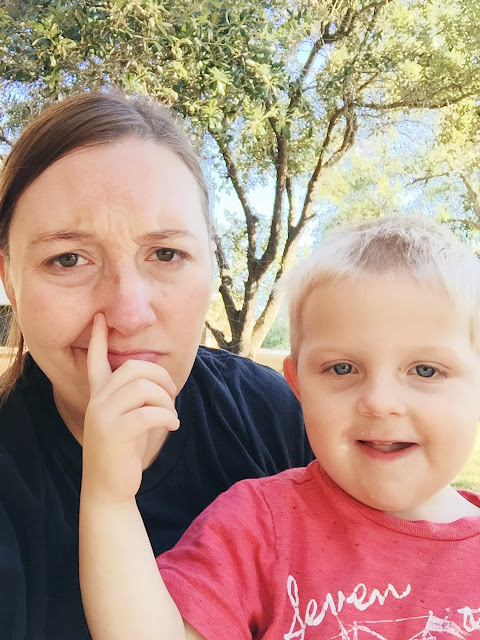 I wouldn't miss it for the world.