Well, I kinda missed a few weeks (oh, well!), but I'm sharing a little space that feels so refreshed from it's before state.

The hall was dark, carpeted, had hand rails, and the walls were gross. 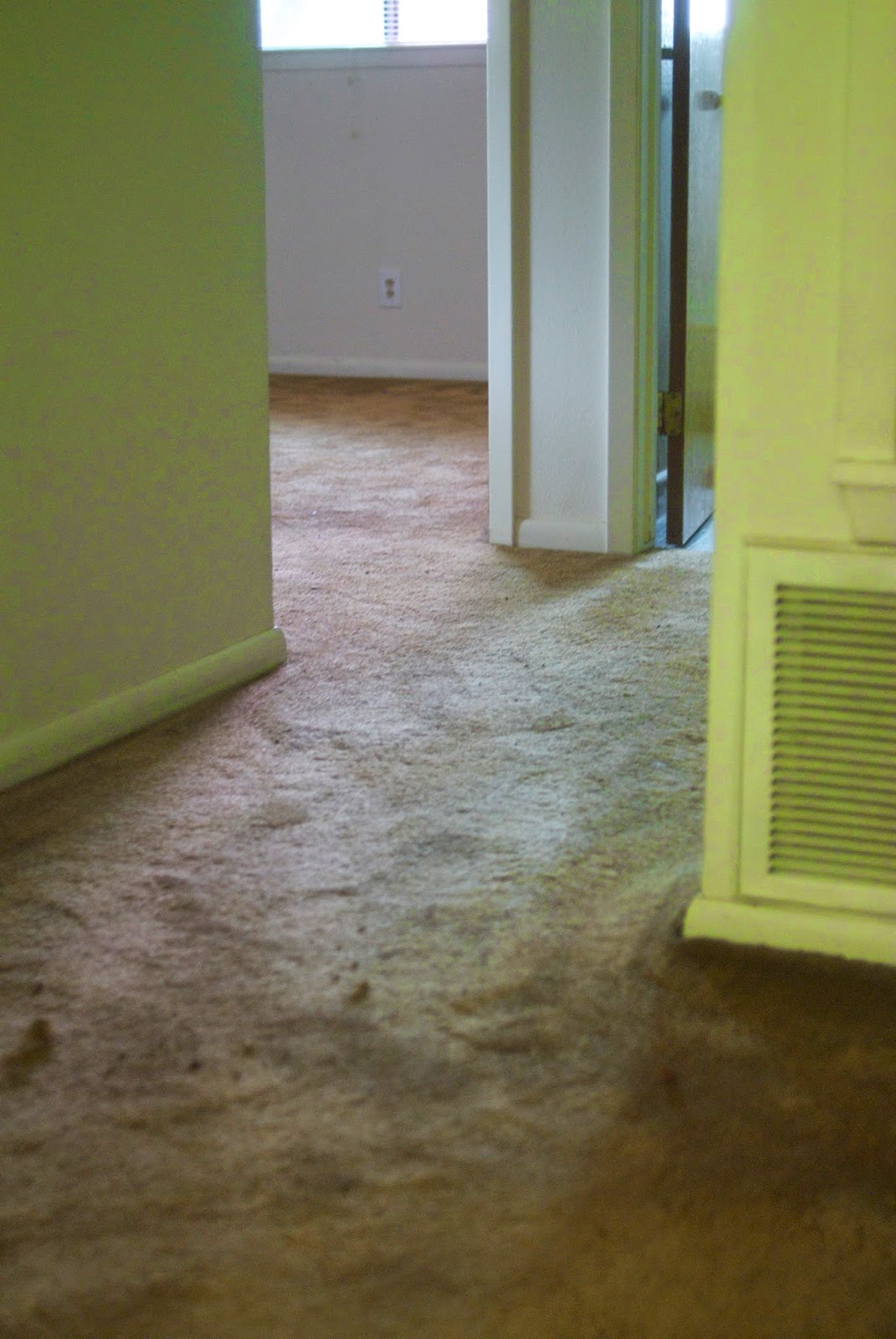 I debated between a dark and light color, but in the end, I choose dark because 90% of the house is light. And I wanted a bit of contrast (plus, who can argue with a dreamy dark blue/gray?). Now, it looks like this: 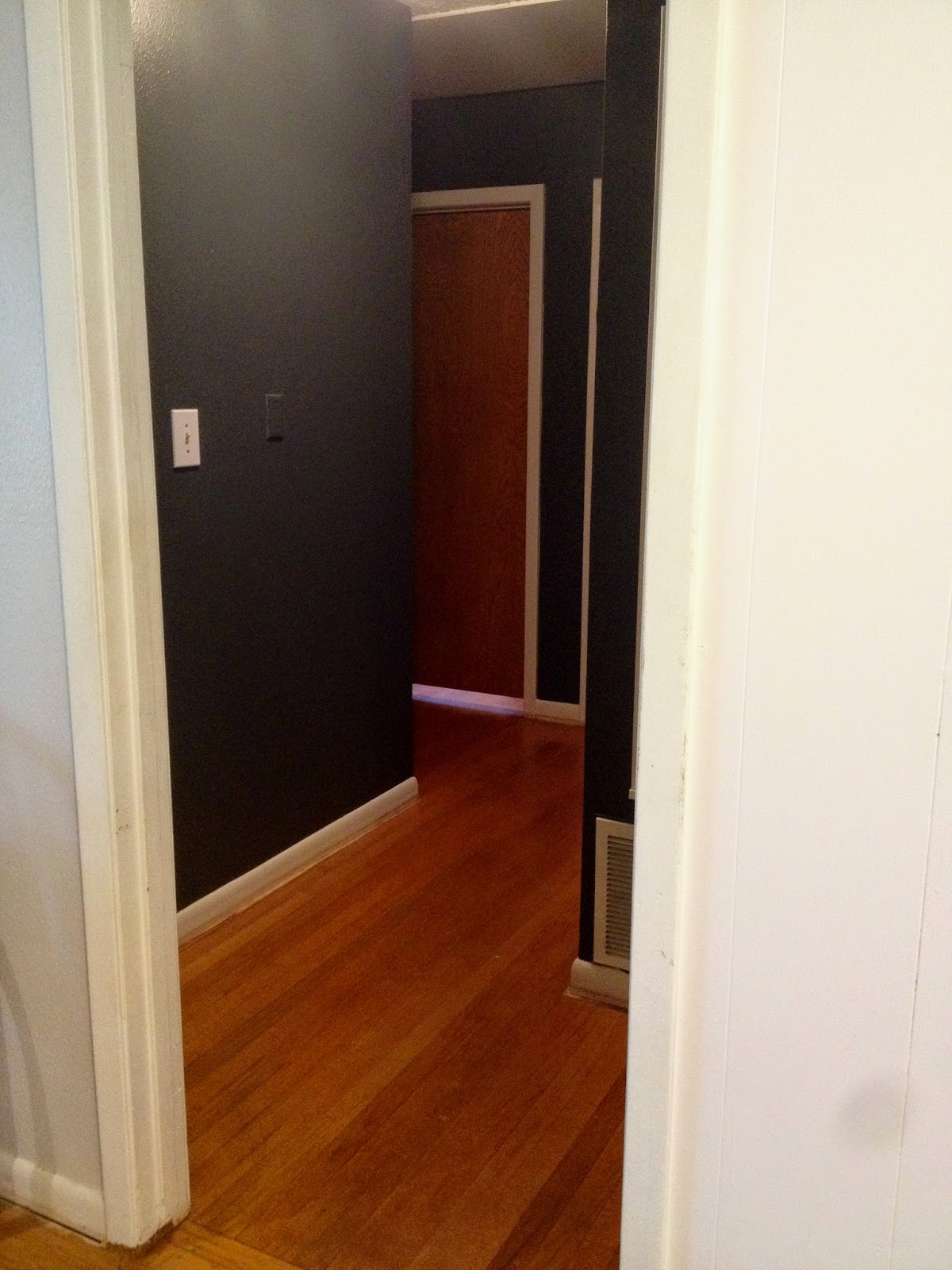 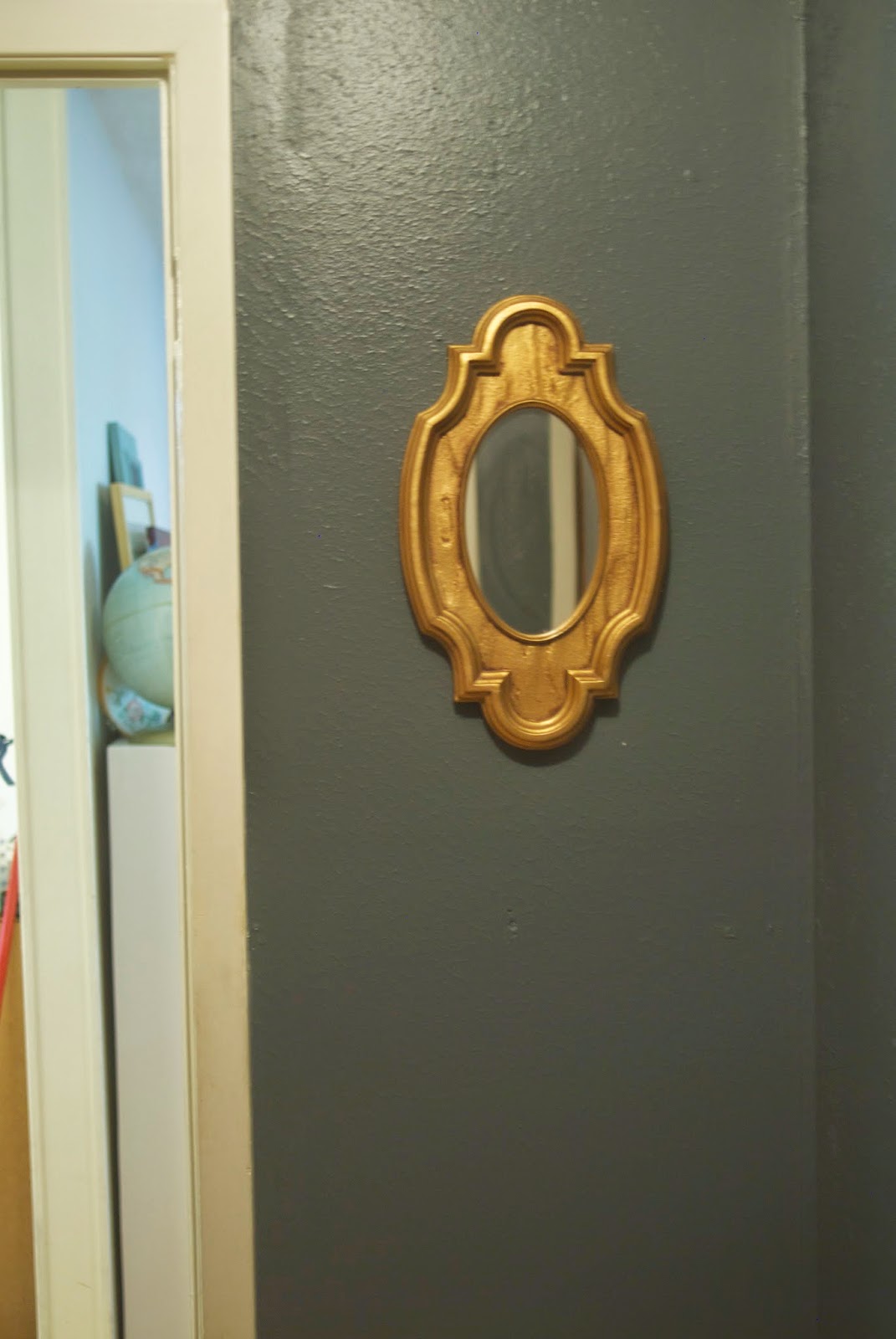 It's kinda hard to get a true-to-color photo since the ceiling light is so harsh--but, I really love the richness of this color.


I plan on adding a gallery wall and finishing the paint job around the Nest. But other than that, the hallway is pretty much as fancy as it is going to be. And you know what? It feels pretty darn good to have a space in our home that is 90% completed.