A Dog, a Dream, a Lie, and an Answered Prayer 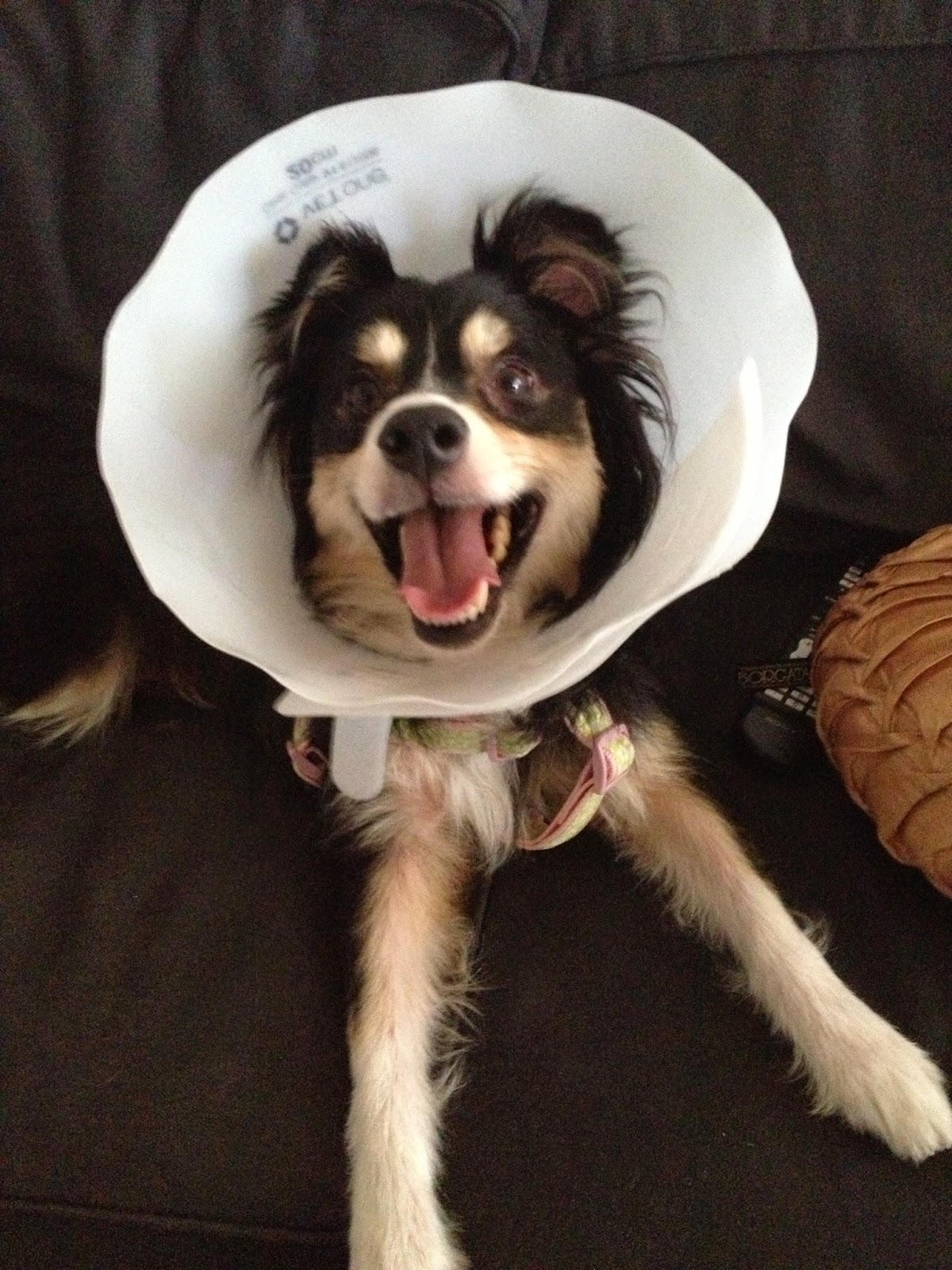 Just yesterday, I had the guts to finally write about what was going on with our dog, Mac. I wrote about how we had been having some behavioral issues with him and his unpredictability around Luke. Basically, we had found a new home for him with a sweet girl who was loving on him and taking care of him. And I hit publish (however, that post is back in the drafts).

What I didn't write about was how Mac's new owner was a little elusive and had evaded us on a few occasions when we had agreed to meet. When we brought Mac to her, we agreed on a trial period (because our dog is a wee crazy, and we wanted to make sure that they would be a good fit). For me, I knew the transition would be easier for us if we could text, call, and even see Mac every once in a while. At first, she communicated well. But after a while, it became less and less. When she didn't show up this past Saturday for our agreed upon time, I honestly thought she had forgotten or that something bad had happened to Mac and she didn't know how to tell us.

I felt very uneasy about it all, but there was no way that I could do anything about it. If she didn't answer her phone or texts, I couldn't talk with her. I just hated how "off" everything felt and just wanted to see Mac to know that he was okay (or if he wasn't, just know something). I was anxious and worried about it.

Then, yesterday morning, I woke up after having an extremely vidid dream about how I called this girl (the one we gave Mac to), and she told me Mac went to live with her roommate. And when I called her roommate, she told me Mac was with her dad playing frisbee. And on and on the dream went--Mac going from one person to another.

That dream didn't sit well with me. It was so real, and I woke up feeling unsettled and frustrated with everything. Especially since our goal with finding a new home for Mac was so that it would be a better situation for him, it worried me that something wasn't right.

So, I prayed. I asked God for some answers--I just wanted to know if everything was okay and if Mac was alright. I even said, "God, I know this is silly because he's a dog, but I really don't like how anxious this is making me feel. I just want some answers."

At lunch time, I drove to Josh's work and scrolled craigslist for a chair. Just because that dream was fresh in my mind, I looked at the pet section of craigslist and found an ad for someone needing a new home for a mini-aussie.

And it was Mac.

Suddenly, I was so angry because the person who posted this ad was not the same girl we gave Mac to. And I knew then that she had taken Mac, sold him, and had been lying to us for the past two months. I felt so scammed, stupid, and even silly for believing her.

I called the girl who posted the ad, but I didn't tell her that I suspected she had our dog. We met an hour later, and it was Mac. When we told her that we were Mac's owners, she started crying. She told us that she felt like there wasn't something right about the situation when they bought Mac. The girl had given her Mac's tags, and when they asked who Josh and Nicole were (since our names are on there), she told them we were her old roommates. There's a whole lot more about this situation, but I don't want to hash it all out. I honestly just don't understand how someone could do this, and it saddens me.

The girl (the one who bought Mac) explained that Mac was anxious all the time and really needs to see a vet for his skin problems (he is full of skin sores). She told us that they really tried to work with him, but Mac was so stressed and his behavior was escalating. They have three other dogs (Mac loves dogs, but he cannot settle down with a lot of dogs around...so I can imagine how crazy it's been for all of them). I could tell that she genuinely cared for Mac, but it just wasn't working. I'm thankful that he was taken care of and that the first girl didn't sell him to crazy people. The fact that we even know what happened to Mac is is practically a miracle.

So now we have Mac back with us. I'm thankful that God answered my prayer about Mac--but very surprised by how He answered it! 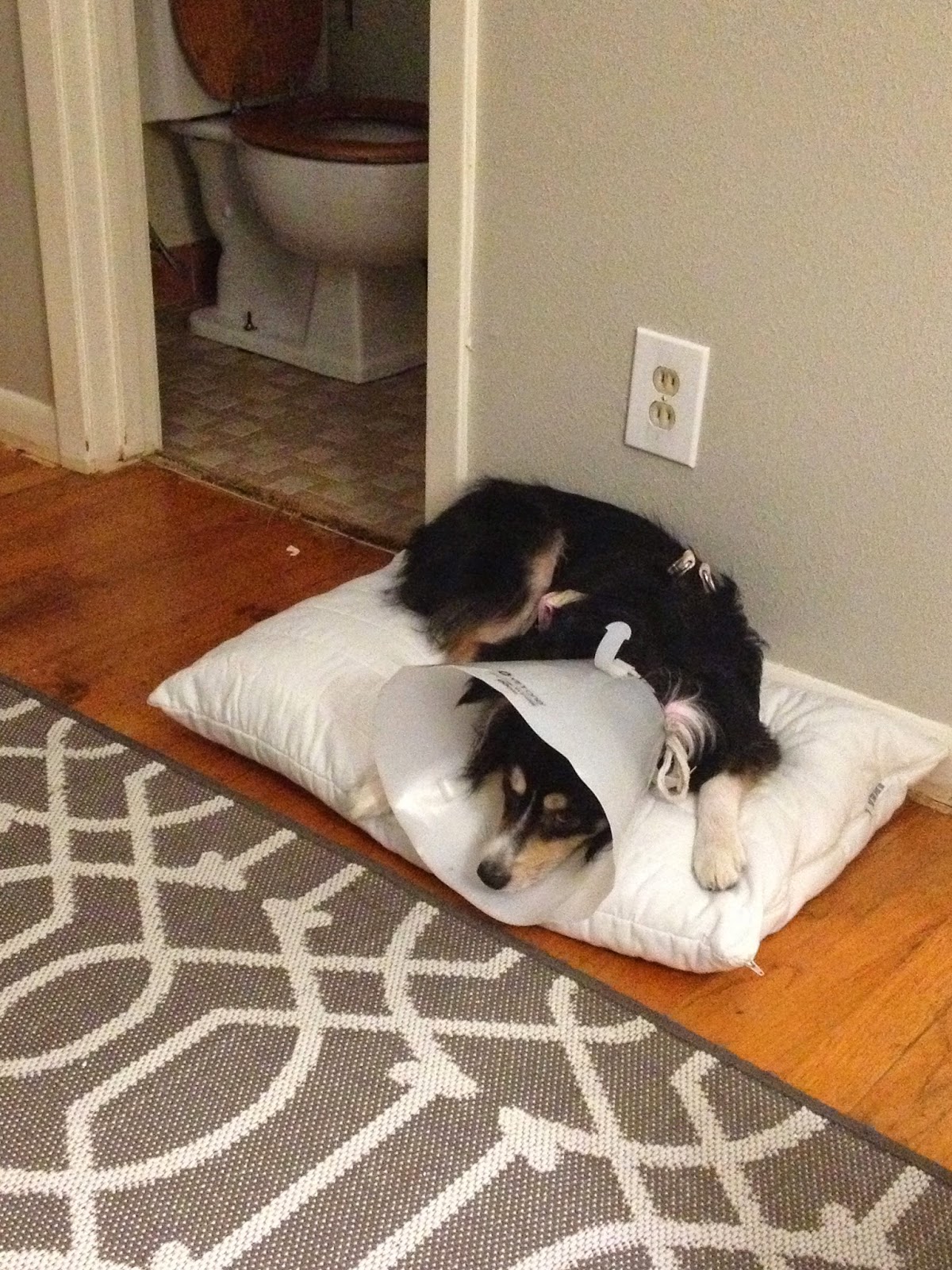 (he's wearing a cone because he can't keep from biting at his poor skin!)

Now, we have some tough decisions to make since we still don't think that Mac can stay long-term with us because of Luke. Even yesterday, he kinda snapped at him and has knocked him down and pushed him into a corner a few times (granted, he was licking him, but still). Luke is also a bit afraid of him.

It's been sweet to have Mac back with us, but so hard on my heart. It's hard to emotionally care for a dog, give him to someone you trust will care for him, and then find out that that person turned around and sold him--with no regard for us or Mac. It makes it really hard to trust someone else to take him.

So, would you guys pray for us--just for a wisdom, a good home for Mac, and patience for us during this process.

And, also, if you know of someone who wants a sweet dog (who needs a calm, quiet, and structured home without kids or dogs), let me know :)