A boy and his pup 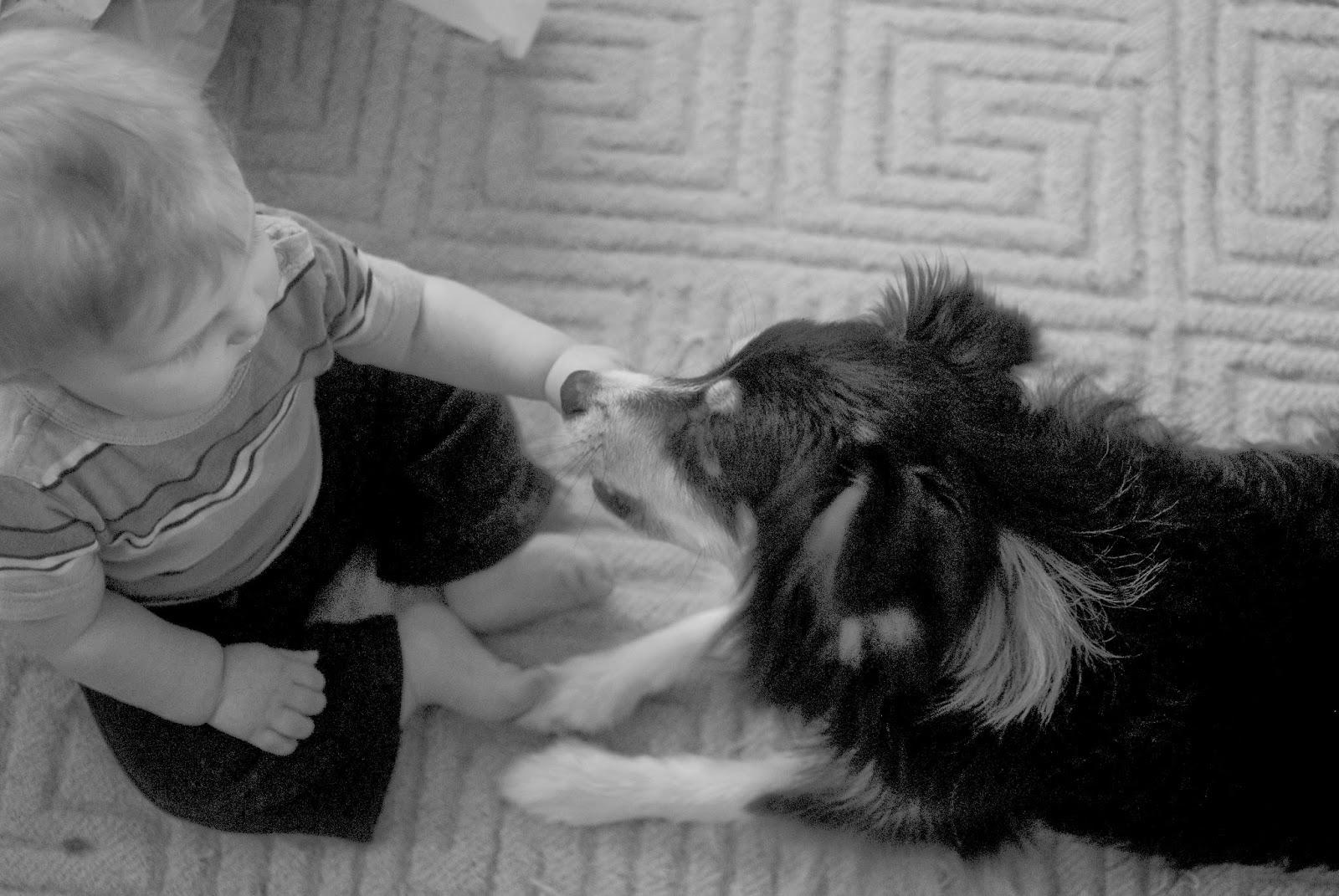 Right now, I have a love/annoyed relationship with our dog. He's good 90% of the time, but the 10% often seems to overshadow all the good.

He barks, doesn't listen very well (unless treats are involved), jumps on people, tries to steal Luke's food, and is bossy. I blame my lackluster attempt at training him well as a pup for quite a bit of his bad pup behavior, but I also like to think that he's really just a two-year-old soul stuck in a dog's body. 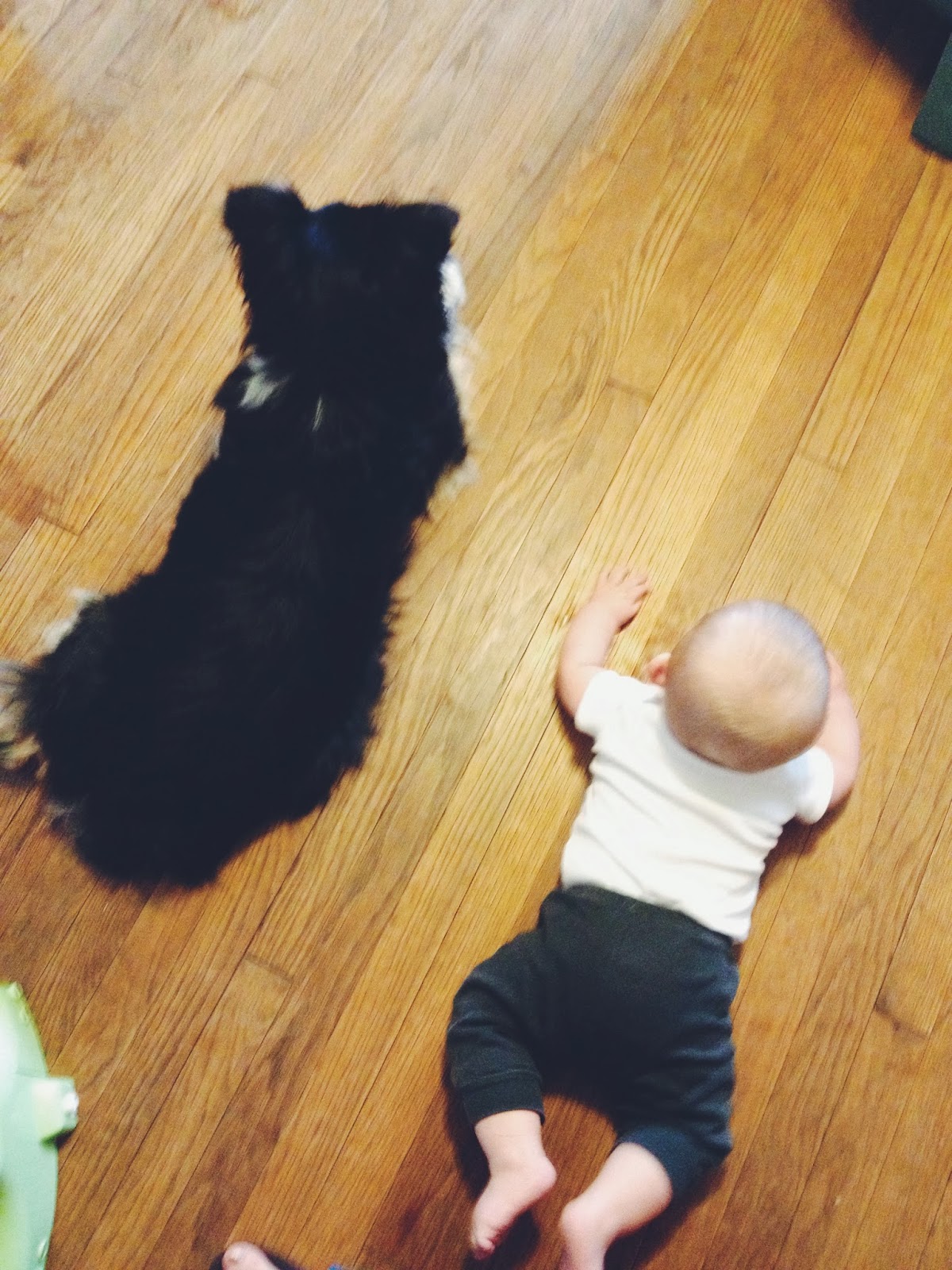 But, it's been interesting to see the relationship between Mac and the baby develop. The other day, I watched Luke take Mac's toy, offer it to him, and then Mac would chomp on it while Luke held it out to him. He loves to lick Luke's face (all.the.dang.time.), and it drives me bonkers. Luke, on the other hand, loves it. 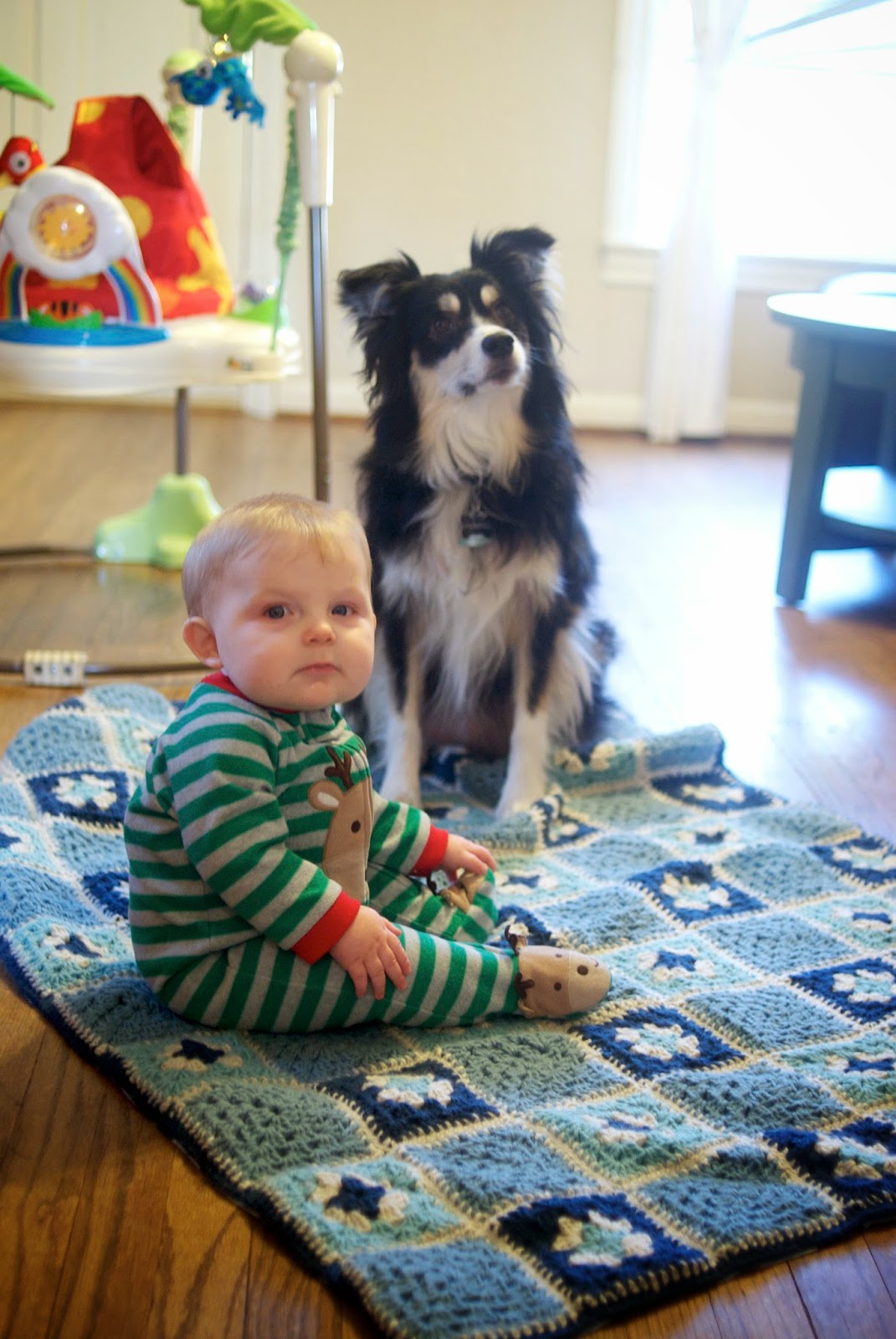 Now, Luke is starting to laugh at Mac when Mac barks at him. He's also getting much more interested in petting/yanking the dog's hair!

Even though Mac has adjusted to Luke, I'm not sure that he's well-adjusted. Since Mac is a mini-aussie, he has some pretty strong herding instincts. 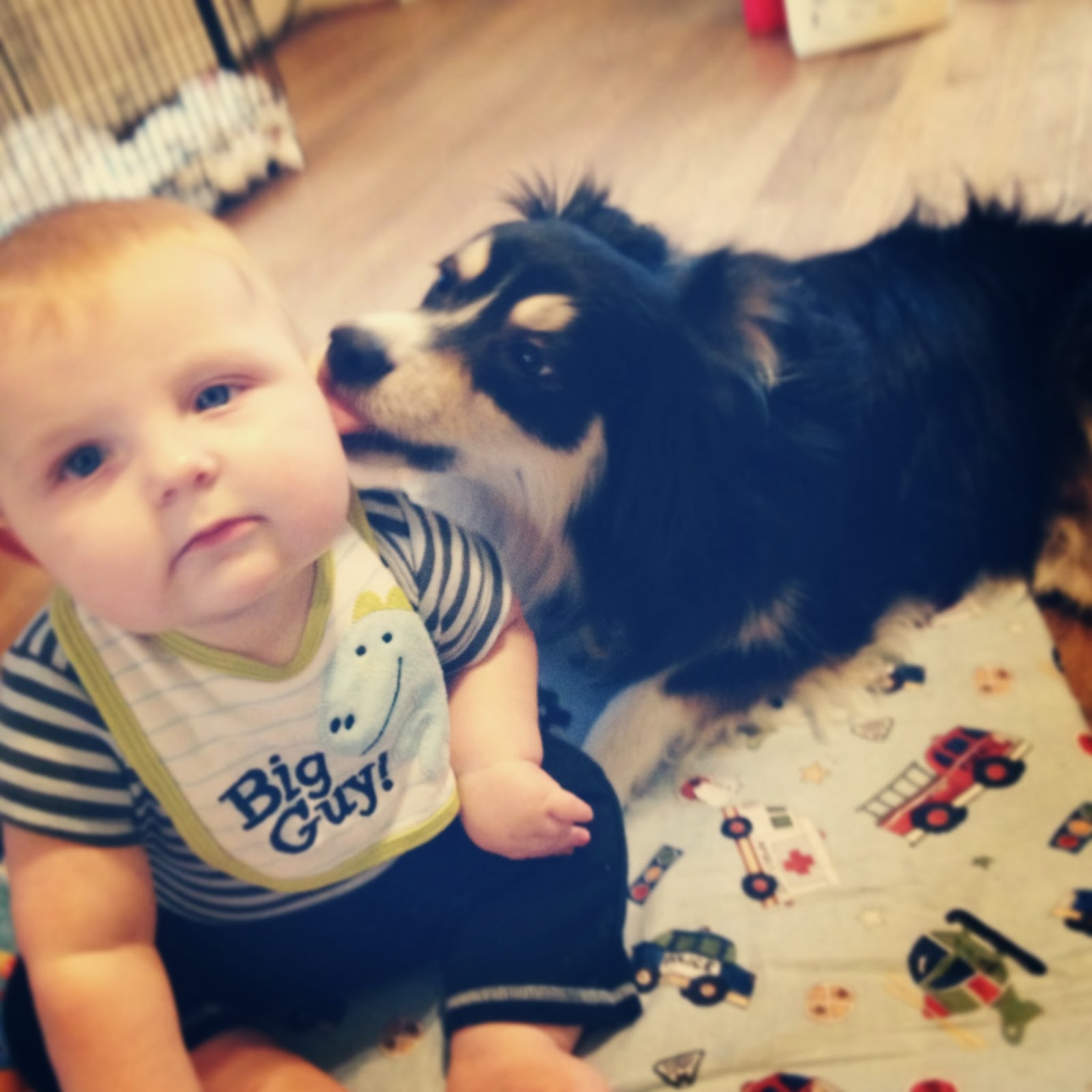 In other words, he doesn't like it when Luke starts trying to flee the pen--or you know, roll around or walk with assistance.

To be honest, I'm pretty nervous about what will happen when Luke actually learns how to crawl or run around. We will obviously teach Mac appropriate behavior, but I'm still concerned about Mac jumping on him or trying to herd him places. If those things start happening, we'll have to make decisions about training, and that doesn't work, finding a better environment for Mac (which would be SO hard and I don't want to even think about that!)

If you guys have dogs/kids, what did you do to help the pups transition well?