We had been there before--trenched in deep on our sides, unwilling to move. Unwilling to come to the middle. 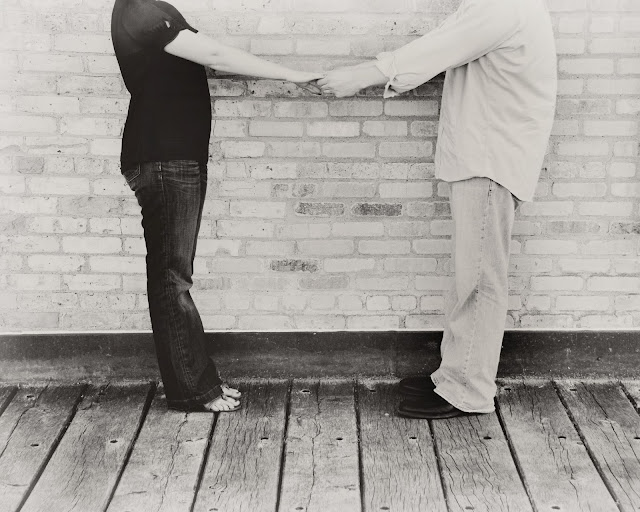 It usually started with something simple like an off-handed comment about babies. But, a few minutes later, we were digging in our heels.

A few years into our marriage, I decided that it was time. As I saw friend after friend having babies, I ached. But Josh wanted to wait until he at least was almost done with school. So, when news that school was going to be a longer journey than anticipated, I began to feel desperate.

I worried that it would take us a long time to get pregnant. I believed God would provide for us so why wait until until we were more financially "safe." And I told myself a lot of other reasons why we needed to start our family as soon as possible.

So, whenever the "discussion" about starting a family would begin to unravel, it usually turned ugly pretty quickly. I fought hard. I plunged hurtful words into our conversation. I tried to use my emotions to manipulate my husband. And I resented Josh for not being on "my side." In hindsight, I wish we would've brought in a mediator. It wasn't that we were fighting all the time about it, but when we did, it was often so full of bitterness and hardly ever felt resolved. And it almost always it ended with me, heaped up on the bed, ugly crying.

After a year or so of being decidedly on opposite sides of the fence, we finally came to the middle. Honestly, it was something as simple as a response to a question I had been asking over and over and a submission from me to the answer.

I still remember that car ride--the relief I felt at letting it go and trusting Josh about it. Finally, it felt like those thousand pieces of misunderstanding and frustration we had thrown on the ground had dissipated. 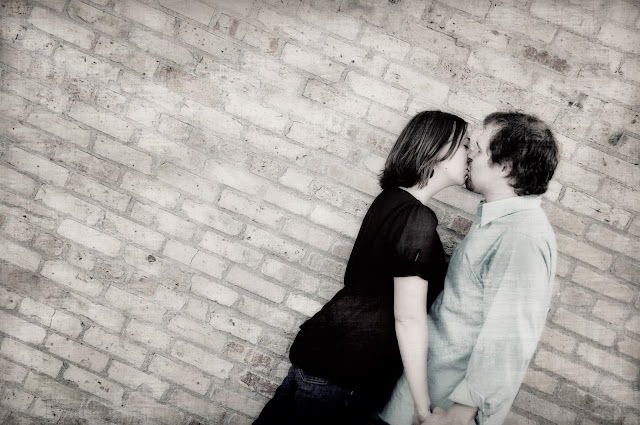 And now, looking back, I'm actually really thankful for that time in our marriage. It was a hard year for us both--a year of transitioning deeper into our marriage, working through muck, and coming out the other side. Even though we struggled to find the middle ground, we held on and worked through it.

Have any of you had a challenging time in your marriage that required you to let go of some of your desires to hold onto to something more important? How would you encourage a couple who is the middle of a discussion that seems to have no resolution?

ps. I love this song the song "Roll to the Middle" by Sara Groves and this video's portrayal of it. You should check it out :)