I had been craving it for months.

After months of living in Guatemala, I soon learned that milk like I was used to drinking was hard to come by there. I drank powered milk or milk that my Guatemala grandma warmed up and sprinkled corn flakes into.

So, after 6 months in Guatemala, when I went home, I poured myself a glass of milk within ten minutes of being home.

It was good. But, honestly, it wasn't as good as I had remembered it. 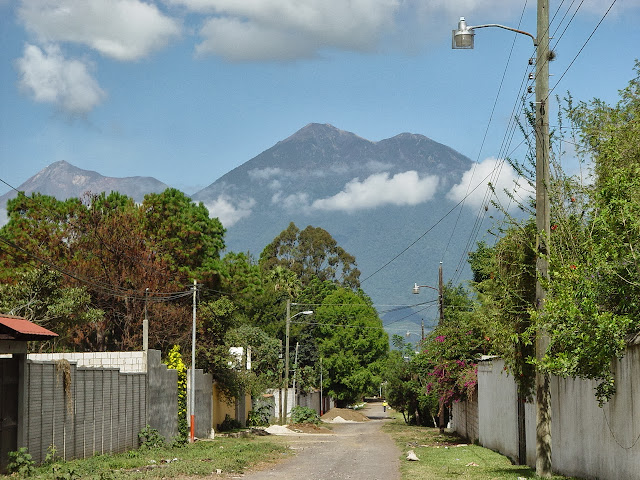 I had been in Guatemala that morning and now I was standing it my parent's kitchen. And though I was happy to be home, I felt the sadness of leaving behind a life-defining season and a place I loved settle inside me as I gulped down that milk.

Now, almost ten years later, I often think about those months in Guatemala. I think about the way they began to unravel my thinking about the world and shifted my perspective. Those months taught me about compassion and how the gospel sews people together and that there is such beauty in that.

I learned to let go of my comfort level and experience life somewhere new. When I returned to the states, I had to also learn to let go of misinformed comments from others and be gentle in response when people said ugly things.

Even though I was only there six months, I saw enough that I began to get uncomfortable with many of the American ideals and lifestyles. And, to be honest, I still am.

So, sometimes when I feel the uprising of wanting all the things or believing that more will satisfy me, I think about that milk. I grab hold of that memory.

It reminds me that I can't fill myself up with the things of this world and be satisfied. They can be good, but they'll never be enough.

Only God is enough. Only He offers life pouring over and living water.