On ideas and dreams {and free printable}

I've always been a dreamer.

Often, I'm struck with an idea, and I move towards it with full-fledged excitement and hopeful expectations. I think about how fun it will be, how rewarding, how...something.

And then, in a few days, weeks, or months, it's just one of those things I tried and then stopped doing.

This happens in part because I'm impatient. I don't like to dedicate years to learning something new or practicing a new skill. I've never been really spectacular at any one thing; I've just been good at many things. For example, I love to play piano, but I'm not that great at it because I never pushed myself. I love to write, but I give up on a story when I realize it's not developed enough.

I've always been frustrated about this part of myself. Frustrated that I have ideas and dreams but never seem to be able to really do them. I get stuck. Or bored. Or impatient. Or in over my head.

One of the most eye-opening moments (seriously) of my life was when I was at the Influence Conference and listening to Hayley Morgan from the Tiny Twig. She was describing how she was an idea person. And as I sat there and listened, I realized that this was me. I am an idea person. I love to think up and dream about things, but I'm not so great at actually doing them. I learned from her that doing projects with a clear beginning and a clear end are key for making those ideas + dreams actually happen.

Since then, I've tried to put that concept into more practice. When I think up an idea, I think, "Nicole, does this have a beginning and an end? "Is this something you can finish or will you have to do it over and over..."

So, instead of jumping feet first into deep waters, I've gotten better over the last few months at treading more slowly into new waters.

But, a few weeks ago, I had an idea that I thought was golden. I was going to paint, draw, and create printables. I would start with 10 and go from there. I was going to make a site for downloading them for a small price. This would eliminate the printing and shipping process. Also, I could create the printable once and then be done. Not only would it be a creative outlet for me, but it would be a way to provide a little income for our family.

It was the perfect idea. Honestly, it would be if I had better creating skills. I started with a few designs and felt okay about them. I had idea after idea about designs.

Yesterday, I took out all my watercolor pencils, paper, and paints. I painted. And then I didn't like it. So, I started over. And then again.

And as I sat there in a disastrously messy kitchen and listened for the baby's soon-to-be coming waking cries, I got overwhelmed and discouraged.

There I was. I was jumping into the deep end again and ignoring the process. I was in over my head. I was neglecting my home and not delighting as much in the time with my son because I wanted more time to work on my designs. Plus, I began to realize that as much as I can dream up a design, I don't have the skills (yet) as an artist to actually create it :)

So I decided to lay that idea to rest. Not because it's an entirely bad idea but because I have other dreams that mean more to me. I'm realizing more and more that I have to choose what I pursue more carefully. I can still dream and try. But, I also have to be willing to let things go if they aren't working. Or maybe just let them simmer a bit.

Instead of trying ten ideas at once and doing none of them, I'm learning to pursue one idea at a time and finish it.

It's definitely a process for me. But I'm thankful that I'm learning more about myself while I'm at it :)

So, since I'm not going to opening up a printable shop, I thought I'd give you guys one of the designs I did do for free. Just click on the link to download :) 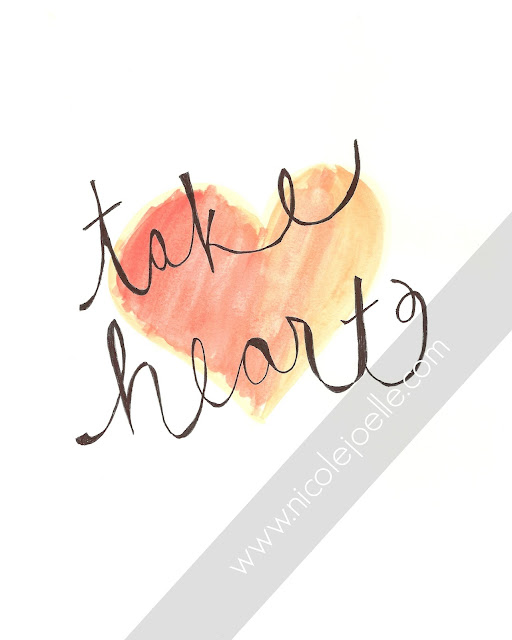