{Looking Back} The NICU

Within 24 hours of Luke's birth, he was in the NICU. I haven't wrote much about those days in the NICU because the whole experience seems so hazy and surreal.

The first 24 hours post birth were pretty normal. I had a nurse practitioner come and visit with me, and she tossed around words like low blood sugar and shared that he was having trouble calming down after a feeding. Although I was nursing, they gave him a little formula to help stabilize his blood sugar.

But, on Sunday morning, when he was supposed to be brought in for a feeding, the nurses didn't come. I thought they had maybe forgotten, but when I called, they told me that he was getting some tests done. 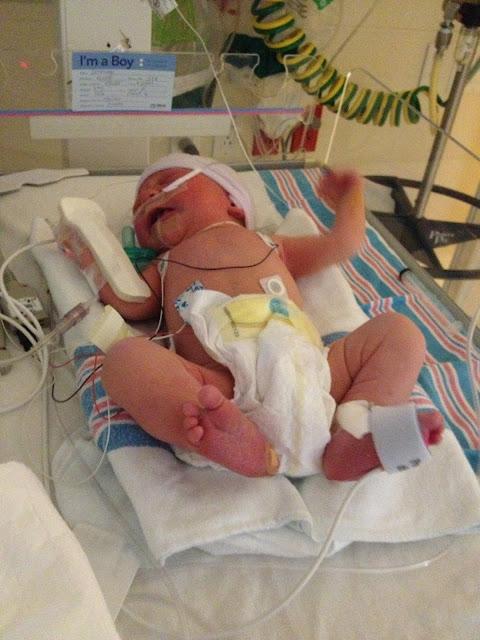 A while later, the nurse practitioner came back and informed me that he was in the NICU because his oxygen and blood sugars were not where they should be and they were concerned. At this point, they had not diagnosed what was wrong but they suspected Persistent Pulmonary Hypertension of the Newborn and were treating him accordingly. Eventually, almost three days later, they confirmed the diagnosis.

At this point (looking back), I think I was a little in shock. I knew that something hadn't been right, but I didn't expect him to end up in the NICU. Honestly, even though many people around me (family, friends) seemed really concerned, I felt a very strong peace (that's not to say that I didn't have moments where I was scared + anxious!). The hospital staff was excellent, so I knew he was in good hands. Also, I think it was God's grace + peace that covered me and guarded me from thinking too much about possible outcomes. 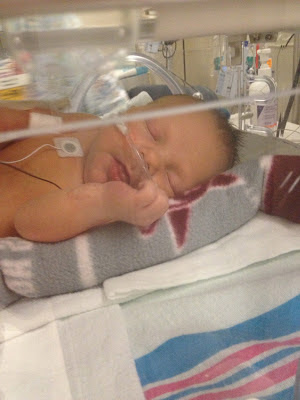 Since I wanted to continue breastfeeding, they still encouraged me to try and feed even though he was all hooked up. The first few days it was critical that he didn't have a lot of touching (because they wanted to keep him from getting agitated), so only Josh and I were allowed to hold him. Really, we only held him (for a feeding + burping, for example) when it was necessary. 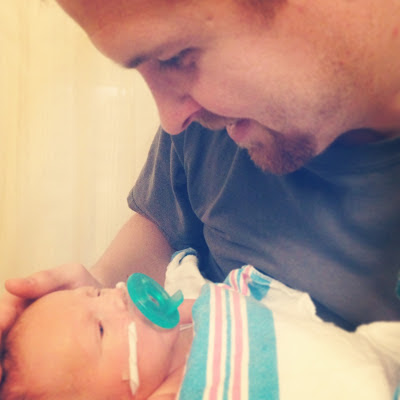 So, every two hours, I would journey down from my room to the NICU, feed him (which was often a struggle for both of us), and take my weary + hurting body back to my room. Looking back, I realize that it was my new mother-love (even though I honestly didn't feel a super strong bond with him at this point) that carried me back and forth.

But, I was tired. Stressed. Hurting. And frustrated. I think it was about 5 am one morning after trudging back and forth all night long when it all hit me. I just started bawling and broke down. I was so sad that he had this problem and also the possibility of some continued heart issues. I was upset that we couldn't just take him home. I was frustrated that other family members could only look at him and not cuddle with him. I was scared that, although he was constantly getting better, he would take a turn for the worse. 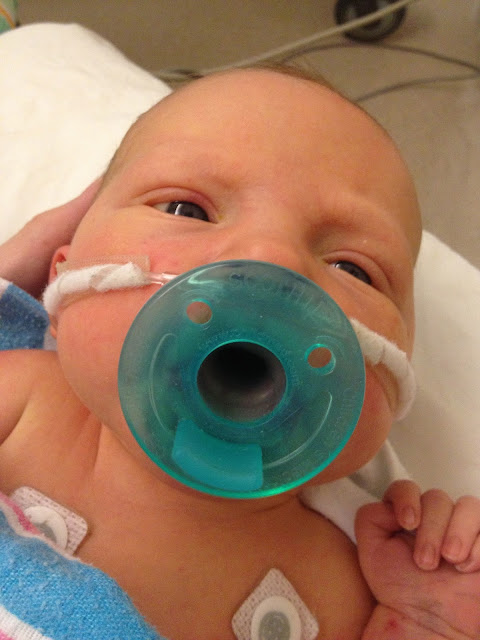 In that moment among the tears, I knew God's presence.  I knew then that I could choose to thank Him and trust Him or I could worry about something that I had no control over. That choice during those days was a constant and challenging one--to be fearful or to give it to Him.

One of my sweet, night nurses told me, "I'm praying for Luke because I know the only Person who can heal him--not the doctors or nurses--just Him."

And she was right.

I am so grateful, daily, that Luke is here. I was reminded in those moments of nursing a babe surrounded by wires and beeps--a baby that was sicker than I even knew-- that we are all sustained by Him. And that nothing is certain. And nothing is deserved. 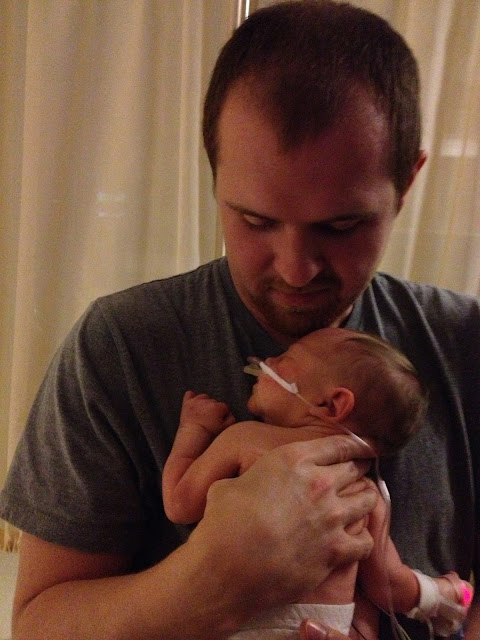 Even though I wish that Luke hadn't been sick or needed the extra help to get better, I feel so grateful for those five days in the NICU.

Because often the scary + unexpected things are the illuminators of God's grace, provision, and love.

Luke did heal up (he actually got better sooner than they anticipated!) like a champ and the heart issues that he had when he left are now completely resolved. Those five days were hard, but good. They were filled with sweet encouragement + prayers from the body of Christ, helpful friends, supportive and knowledgeable nurses (can I get an AMEN for all the incredible NICU nurses!), and supernatural peace.

What events in your life have shown you God's grace + healing?