The Story of Luke's Grand Entrance into the World: Part One

Let me begin by saying that Luke's entrance was not at all how I had planned, expected, or really even wanted. At the same time, it was such an incredible and life-giving experience! The post I wrote that week seemed to be a foreshadowing of what would come...

Thursday night (the 18th):
Since Josh was in the middle/end of a crazy semester, we hadn't had time to take a childbirth class or really talk much about the big day. So, I wrote up a birth plan, a labor + delivery cheat sheet, and some verses that I wanted to focus on during labor. We had a labor "crash course" and went through all the info. I was aiming for a non-medicated and minimally invasive labor and delivery, so Josh's help and support would be absolutely key. We also discussed what we would do in those unexpected situations. Little did we know how important it was that we had that discussion...

Friday morning:
At 8:15 that morning, I had my 39 week doctor appointment and Josh came along with me. Like the week before, my doctor noticed that the baby's heartbeat was on the lower end (112, 113...they want it between 110-160), so he was a little concerned. He tossed around the word "induction" but I was too focused on where I would take my mother-in-law (who was coming from Dallas to visit for the day) out for lunch. They ushered me into another room for a stress test. After the initial test, my doctor still had a few concerns (like the way baby's heart rate dipped when I had a little contraction or that he wasn't moving around too much).  So they sent us over to the hospital to have an ultrasound stress test. 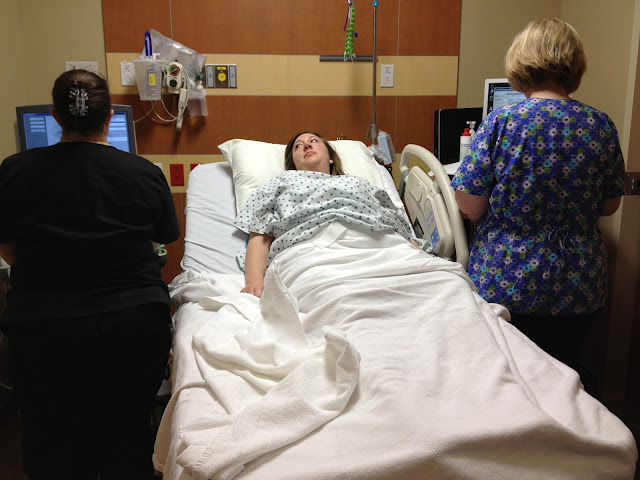 At this time, I started to realize that I might not be going home for a while. Josh mentioned that he hadn't eaten breakfast (since we expected to go home after our appointment) and it was creeping up to 11:00. I started to think about all the things I hadn't done--like finish packing my hospital bag, vacuum that darn rug, wash the dishes, feed the dog breakfast, enjoy our last weekend of just the two of us, wash our sheets...

After our ultrasound, our doctor came in and told us, "I don't think there's a reason to keep you pregnant anymore. I like you better not pregnant" in his thick southern accent. He expressed that there were a few concerns and felt like it was better for baby to be out than in. So, he scheduled an induction for later that afternoon.

In my "I want to give birth as naturally as possible" vocabulary, it was a bit of a curse word.

Instantly, my dreams of relaxing in the tub at home during early labor or taking my time getting to the hospital were dashed.

Josh knew it wasn't Plan A and was just as shocked as I was. Even though we had waited and waited to meet our son, it suddenly got a whole lot more real.

Also, by this time (around noon), I was having some contractions that were more than just "oh, that's a little pressure." Maybe my body knew what was coming--who knows!?

Friday afternoon:
At 4, my doctor came in to insert what I will call the "dilation balloons." These little balloons were supposed to help me start dilating and get ready for labor. Let's just say that the "insertion" wasn't the most delightful experience in the world, but the nurse told me I was a trooper and my doctor distracted me with stories about his residency. He also informed that I had already progressed a bit since he had checked me that morning so that was a good sign.

I was just thankful that those contractions were doing something because they were starting to get a whole long stronger--especially with the added pressure of those balloons.

Since I had only eaten shredded wheat for breakfast and complained a bit about how hungry I was, my doctor let me eat a little meal so that I'd have some energy for what was coming. I also had my fair share of gatorade :) 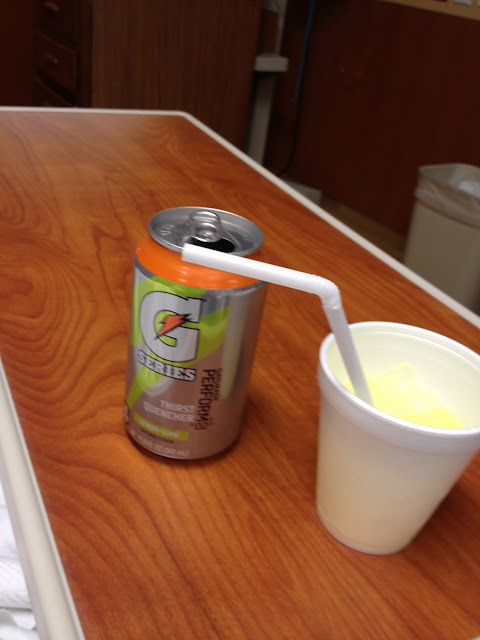 After the balloons were inserted, my contractions definitely started to intensify. I still wanted to hold off on the epidural, so I put my labor preparations to the test. Honestly, the contractions were definitely painful, but with deep breathing and Josh's help, I was dealing with them pretty well.

The hardest part was that they wanted me constantly monitored since they were concerned about his heart rate. So, that meant that I was stuck in bed and could only get up to use the bathroom. Since it felt so good to stand up, I took a number of bathroom breaks ;) 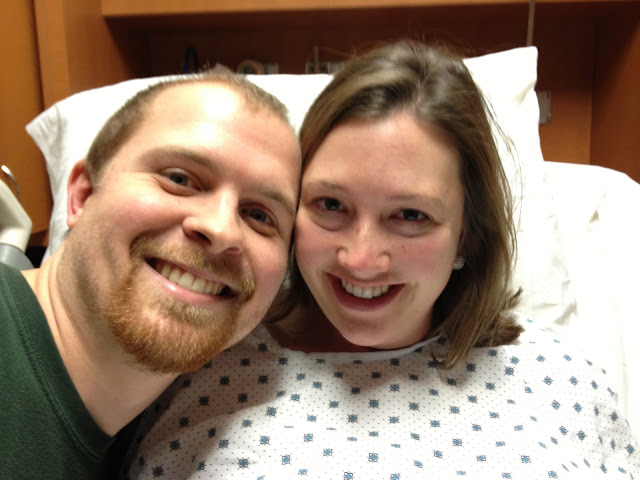 Josh was an awesome coach and partner. He held my hand, massaged my feet, read my verses to me, told me what a good job I was doing, and just simply encouraged me. I was so thankful for him!

Friday evening:
At around 11, the little balloon thing fell out. It supposed to just come out when I hit 5/6 centimeters. Since it usually takes between 10-12 hours to do its job, I was so thankful that it only took about 7. This was good news and the nurses (who were awesome, by the way!) were happy about the quick progress! Even though I felt a little less pressure when it was removed, at this point, labor was starting to get pretty intense. I couldn't talk through the contractions and said a lot of things like, "Stop talking to me," "I don't know what I want," "Okay, stop that." "Don't touch me." I didn't get mean, but Josh was still very patient with me while I figured out how to manage my pain. I mostly used deep breathing and focused on getting through one contraction at a time. I tried to stay as relaxed and calm as possible. The more relaxed I was during a contraction, the better I was able to manage it. 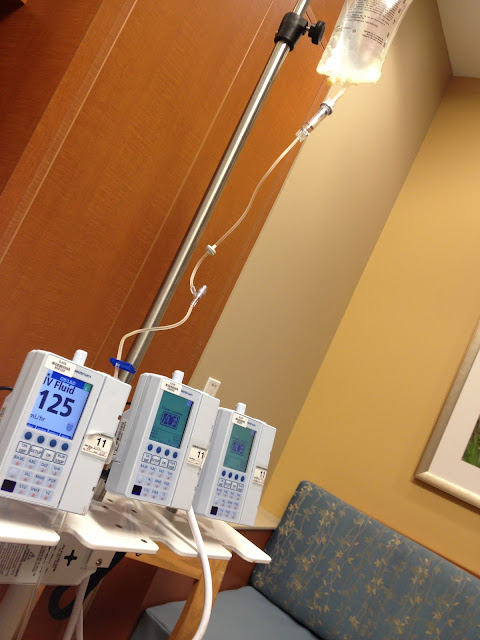 At this point, I had a bit of a groove going and encouraged Josh to get a little sleep. I continued to breath and stay as calm as possible and actually dozed between contractions--I was definitely in the zone. At the same time, there were other moments when I thought I couldn't keep doing it, but Josh kept encouraging me and kept me focused.

Come back tomorrow for the rest of the story... :)