So technically baby Luke is almost 6 weeks old...but, I am now just getting to blog about his one month stats and little somethings.

FYI: I know that most of you aren't super interested, but I have a lot of family + friends that like little updates :) Plus, it helps me record it too--since I know that a traditional baby book or scrapbook is about as likely as me deciding to run a marathon... 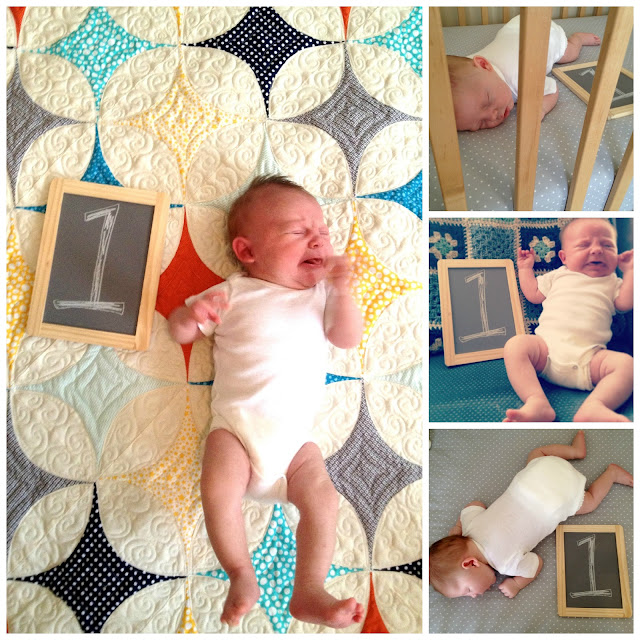 Yep. He's not thrilled about laying on his back. Obviously it's not his favorite.

Poor Luke hasn't been terribly photogenic so far ;) Or I haven't figured out his "happy time." 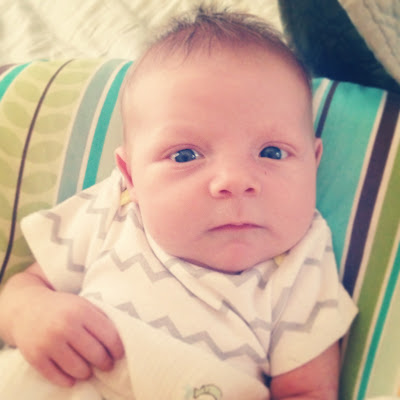