Snow in Dallas, Airport Doomsday, and Being in Minnesota

I'm sitting here in my new maternity stretchy pants (thanks mom + dad) and taking a little alone-time breather while the rest of the family is out at the movies.

Even though I love my families, I sometimes just get to a point when I need to decompress and have a little time to myself.

Tonight was that night :)

I haven't blogged too much lately about life (since we've been busy living it, and I have hardly opened my computer), but I wanted to share a little about Christmas and such.

We started the Christmas celebrations with Josh's family in Dallas. Even though we only live about 3 hours from his family, we still don't see them a lot so it's always fun to go up and just visit (without thinking about school, work, or the dishes!).

This year was actually the first year that I have not spent Christmas day with my side of the family. Since we love the snow and we don't see my family often, we usually celebrate early with Josh's family and then zip up to Minnesota for the holidays.

This year, we decided to stay in TX for Christmas Eve and Day and then go to Minnesota. And although it was good, it was still different and new for me. Different traditions + experiences.

As I realize more and more that our lives will explode with change when this wee one arrives, I feel a little extra tender about traditions, spending time with family as just the two of us, and taking it all in.

Christmas just felt different this year--almost bittersweet. I wish I could better explain how I felt :)

Surprisingly, it snowed in Dallas on Christmas, and it felt like a little Christmas treat. Even though I was enjoying my time in TX, I was still missing the snow + family in Minnesota. So, the snow felt comforting and special. 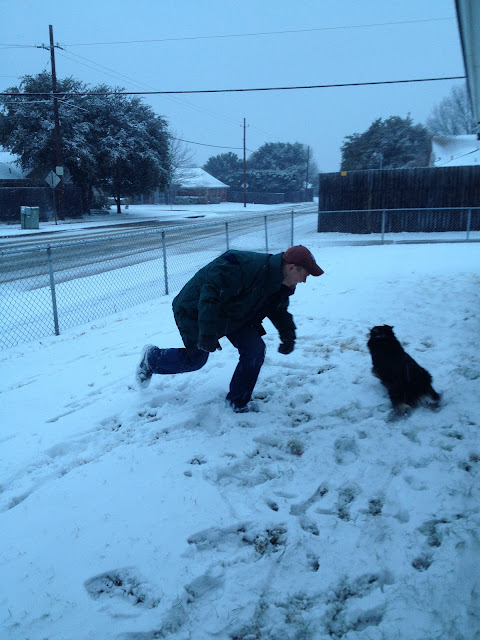 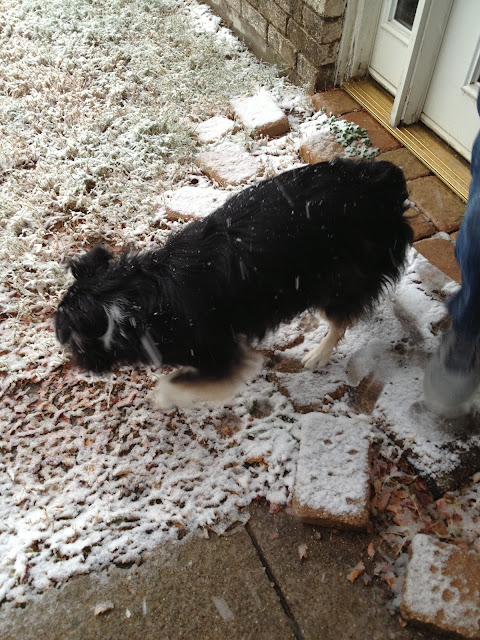 Anyways, after a few fun-filled days in Dallas, we headed to Minnesota (yesterday, actually).

Usually we drive, but this year we decided to fly. Normally we fly stand-by (one of the perks of having a retired flight attendant in the family!), but we decided to book a ticket this year since we thought it would be next to impossible to get on a flight by flying stand-by (it's when you are on a list and if there is a seat available you get to get on the flight...sometimes you get on a flight, but sometimes you wait and wait for an open seat).

Honestly, I was pumped to have an actual seat (and not worry about getting on the flight) and to know exactly when we would arrive.

Our flight was scheduled to leave at 5:15am. We had checked-in to a hotel the night before so that we could easily get to the airport.

Yesterday morning, we woke up at 3am, caught the shuttle around 4, and headed to the airport.

Our shuttle died on the way there. So, we got a little delayed in getting to the airport.

There was chaos at the airport. When we walked in (already pushing it for time), Josh and I knew that getting on that 5:15 flight would be next to impossible. There were people everywhere!

And we were right. By the time we actually made it past security, it was after 6am.

So, that shattered my dreams of arriving in MSP at 11:00 and having a carefree day.

Here's what Josh thought of it: 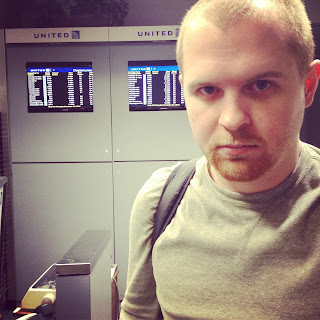 We were given tickets to the last flight of the day at about 6pm and told we could try flying stand-by until then. So, we got in and waited.

Flight by flight went out and we were still sitting there. I was trying to be super patient and positive, but at about 3 (after nearly 12 hours at the airport), my extra pregnancy hormones were kicking in. I wanted to be in Minnesota with my family--not stuck at an airport. We made the best of it and actually still had a fun day :) I was so, so thankful for Josh yesterday and soaked up just how patient, loving, and sweet he is! 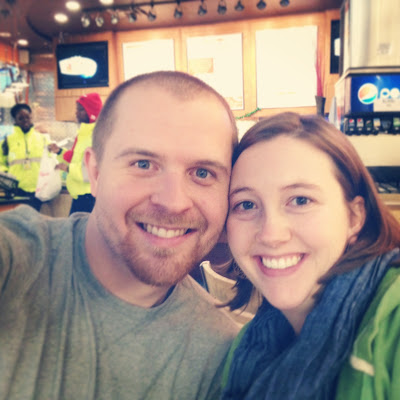 In the end, we didn't get on any of the flights with our stand-by tickets, and because of all the delays, the airline realized that we wouldn't make it to Minnesota that day with their airline.

So, they booked us a ticket for a different airline--the company we usually fly stand-by on. Long story short, we ended up with the chance to try and get a seat as stand-by passengers on an earlier flight (7:00 vs. 9:30) and got on. Ironically, since it was the same airline that we typically fly stand-by on, we could have just done the same thing we usually do (fly stand-by) and saved ourselves time, money, + fustration. It was just a very ironic (and kinda funny) situation.

We finally made it to our bed after midnight and zonked out. It had been a long day---one of those crazy-frustrating-but-yet-somehow-fun-and-challenging kind of days :)

Maybe it was the first lesson in Parenting 101: How to deal with unexpected and out-of-your-control situations.

Today, we had our fill of family, appetizers, gifts, and sweet conversation. Even Baby J got some Christmas gifts :) 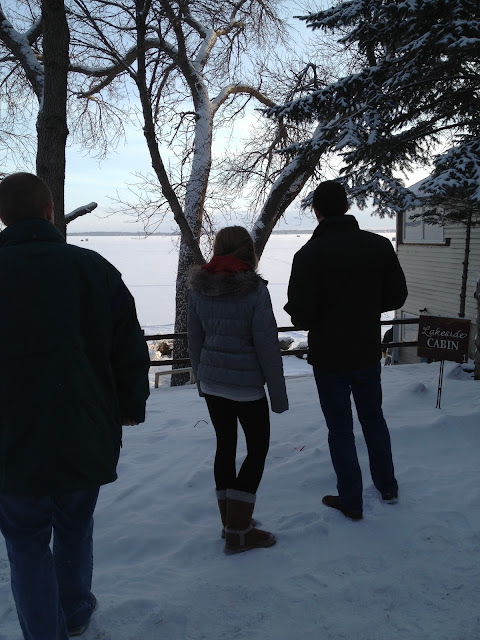 (ps. beware...there will be lots of picture posts in the next few days...)
Email Post
Labels: Heart life Ramblings