Let me begin this post by saying that I'm still processing a lot of this.

Also, this post is difficult for me to write because I'm unsure if my simple words will express my heart.

Before we made the decision to try and start a family, there was the year. We were in stuck in this place where Josh and I had different expectations about starting a family.

And I really made it ugly.

During this time, many of my close friends began to have babies. Watching so many women that I admire and love become mothers was both beautiful and difficult for me to observe. And I decided, at that time, that I WANTED A BABY.

And I sure made it known.

There were lots of tears, frustration, guilt-laden comments towards Josh, and selfishness. We weren't communicating in a healthy way about babies and a family, and it became a point of bitterness for me. I was mad that everyone else seemed to be in "the right place" to have children, and we weren't.

Now, in hindsight, I see the wisdom that Josh had in expressing that we needed to wait. Not necessarily for the best time, but for a better time. Eventually, through prayer, conversation, and lots of grace, we came to a point of agreement. I realized that I needed to trust my husband and trust that God would give us a family--whether biologically or through adoption.

One of the biggest reasons for that year was that I was fearful.

So, after only a few months of hoping for a little one, I was surprised to see those two lines.

Even though I was excited, I also felt two other very strong emotions.

The other emotion, guilt, was because I felt so guilty that I was pregnant while others struggle. I don't know why it didn't take long for me to get pregnant or why this pregnancy has been healthy so far. I didn't want to say that "God blessed me" because I felt that it said, "If you can't get pregnant or sustain that life, then you are not blessed."

And that's simply not true.

On the other hand, this guilt was robbing me of joy. I realized that God did give us this life as a blessing and a gift. And when I was refusing to acknowledge that, I wasn't being grateful. I still don't have the answers about why there is such loss and struggle for many women, but I do know living in guilt is not God's way or a right response to this pregnancy.

I also realized that I have nothing to do with it. God is the Creator and Sustainer of our lives. I can't sustain this life inside of me any more than a duck can lay jellybeans. I can only thank Him daily for baby J and enjoy His gift to us.

I can't say that I don't still have moments when I fight fear and guilt. I still worry about possible outcomes--no life is a certainty. But, I have been taking some steps to help me focus on being grateful instead of guilty or fearful.

For one, google is not a safe place. I spent too much time googling things to see if I was "normal" and it only heightened my fears. I suddenly became worried about things that I hadn't even thought about before. Now, I rarely google a symptom. If I do, I also choose links I trust such as the Mayo Clinic or WebMD.

Second, I bought the The Pregnancy Companion. I actually met one of the authors, Jessica Wolstenholm, at the Influence Conference--and she was so encouraging! The book balances a medical perspective with a heart one. So far, this has been my main source of information. If you are pregnant or thinking about getting pregnant, I highly recommend this book!

Finally, but most importantly, I have plastered scriptures in my home. I wrote a post a bit ago about it here, but it has truly been my constant in all these waves of emotions. They are stuck to my mirror, above the sink, on our dresser, written on the chalkboard, etc. Not only do these scriptures ground me to truth, but they also remind me to pray and choose Him instead of fear, worry, and guilt. 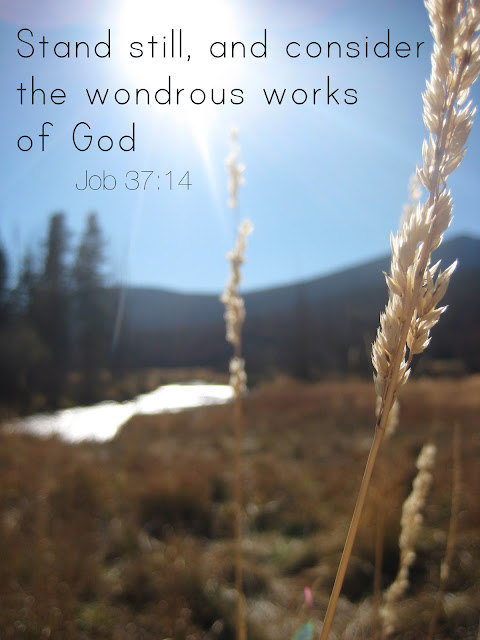 (This is one of my favorite verses to soak in)

Again, I'm still processing a lot of this.

Have any of your had similar experiences? Thoughts?