I love our pup. 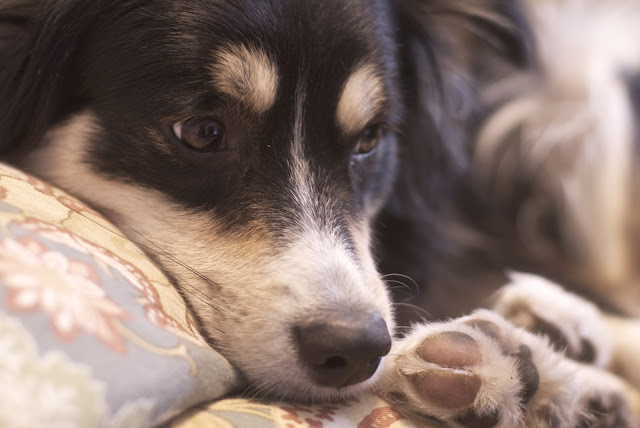 We've had him since he was eight weeks old. All puffy and chubby! 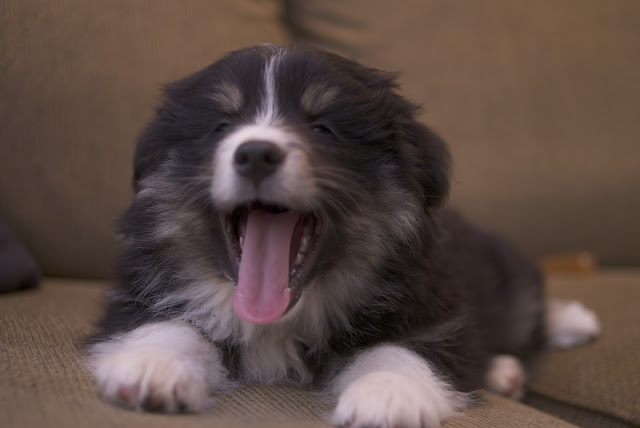 I mean, look at those paws. 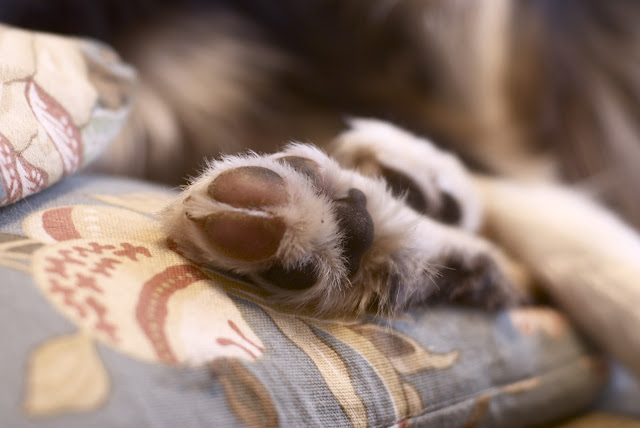 We are not perfect doggie parents--Mac is our "guinea pig" dog. We've made mistakes when it comes to training (or not training) him. He's got a lot personality for his little self, and he is a bit high maintenance (mostly when he is introduced to new situations!). We love him to death, but we are also frustrated by some of his not-so-fun behaviors.

Here are some of his many quirks and behavior issues:

--He wants to chase trucks and eat them for lunch. In fact, if he got out without a lease, he'd probably be hit within two minutes. We have tried distracting him, ignoring it, pulling him, etc. His inner herder wants to chase those cars--even it would bring on sad events! Anyone else have a thrill-seeking canine?

--He comes when he wants to. If there's a treat involved, he'll usually come. If not, well, so be it. We need to retrain him. Any ideas?

-- He'll eat your hand if you touch something he has snatched and he want to eat. Popsicle sticks. Paper towels. Food that dropped on the floor. Normally, he's extremely affectionate and sweet, but he's ridiculously possessive and turns into a monster dog when he wants to keep something. When we are training him to let go and drop items, he does it (because he is doing it for an incentive), but when we are in a "real life" situation, he doesn't obey and bites. For us, this is NOT okay at all. He has gotten better, but still has the occasional lash out.

-- He barks outside if he sees something but can't get to it. He barks at the vacuum cleaner. He barks at new people. He barks when he visits my in-laws and their dogs. It's annoying. We are working on the "hush" command and are hoping he catches on soon!

Does anyone have any doggie mommy advice for me? We'd prefer not to use any pain-inflicting actions since he actually responds well to reward-based training. We know that most of his bad behavior is simply a lack of consistent training on our part. So, we'd love to hear suggestions for any effective ways you trained your pups!

You would never know such a rascal hides under that sweet face :) 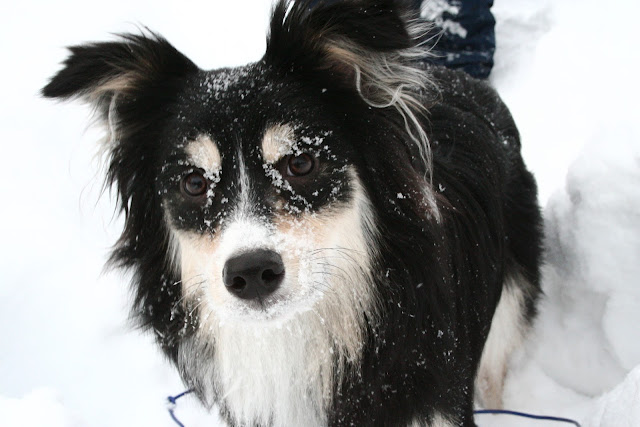