Since we are all about making the bed around here (more like making the sheets appear decent and tidy), I thought I'd show you a few photos of the changes we've made so far.

Here's what the room looked like when we first moved in (just over a year ago): 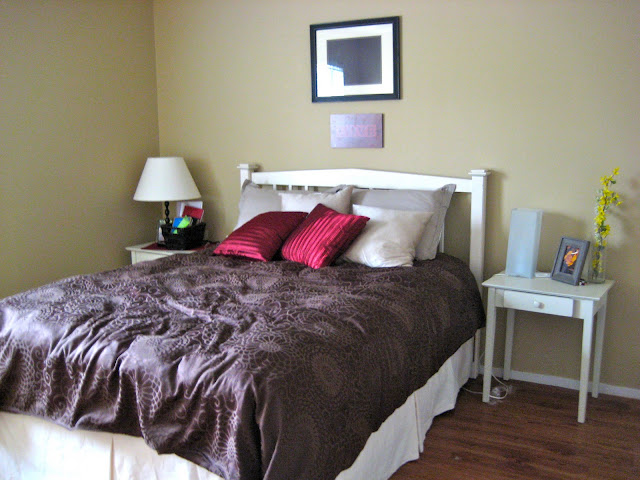 Here's what happened after I decided to make a headboard: 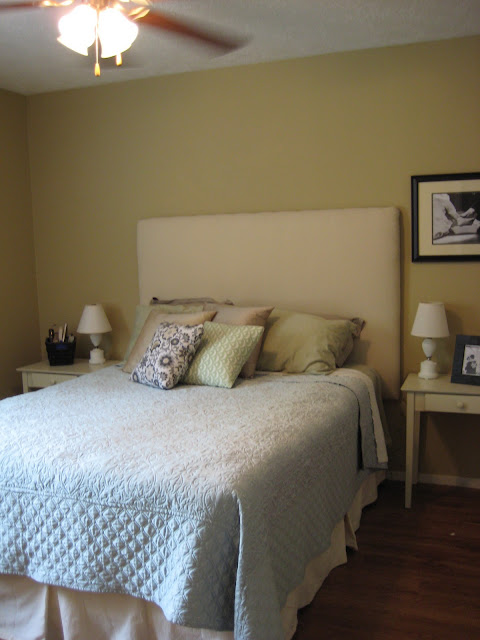 Can you spy the changes?
- DIY headboard
- New milk glass lamps (matching!)
- New pillow covers
- Our pretty blue coverlet has come out!  Since it gets dreadfully hot in the summer here, we have a lighter coverlet for summertime.
Here's what it currently looks like? (excuse the walls that look bright yellow...blame the bad lighting!) 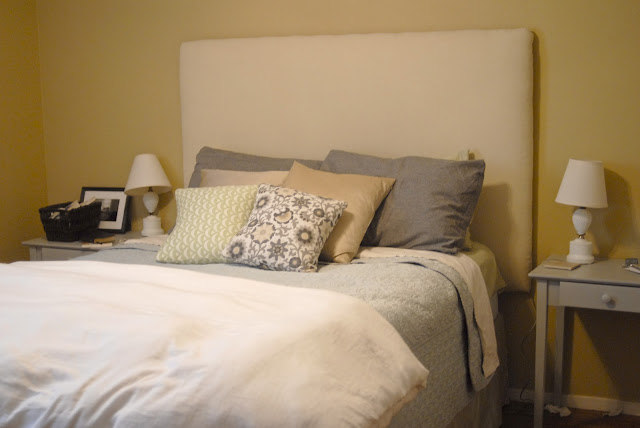 The changes:
- A little hard to see...but, I got a different bed skirt.  It was 10 bucks and originally 46.00.  Cha-ching!
- Gray painted side tables
- White duvet.  I decided to forgo the brown duvet cover this winter and stick with something lighter.
- The picture was also taken down.
-DIY pillow shams with $1 fabric from the thrift store.
I have yet to show you pictures of the other side...probably because they are few and far between.  I've sort of ignored the morphing on the other side of the room.  I'll have to search the archives!
Happy Weekend :)
Nicole
Email Post
Labels: before and after