Since I wanted to make Mr. Macintosh his first Halloween costume, I decided to stick with something simple.  A cape.  Ooooooooh!

It was very simple to make and I think it took me about twenty minutes.

Materials:
Red shiny fabric (about 1/2 yard)
Black felt (one square)
Ribbon
Print out of letters/symbol I wanted to use
Scissors
Hot glue gun 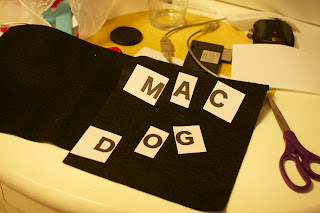 Although I'm sure there are better ways...I pinned the letter to the felt and then cut it out.  Easy! 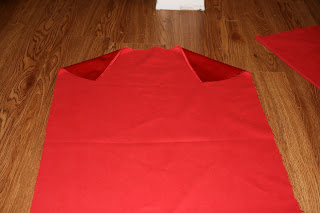 I then "measured" (more like eye-balled it!) to figure out where the neckline would be and the angle of the cape. 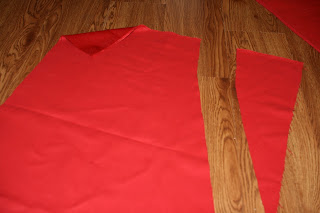 Then, I cut down from the top angle to where I hit the edge. 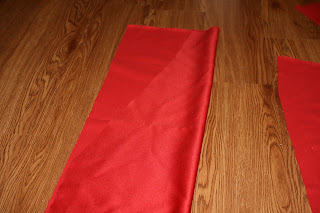 I folded the two edges together and cut the other side.  I wanted to make sure that I had the same angle on both sides 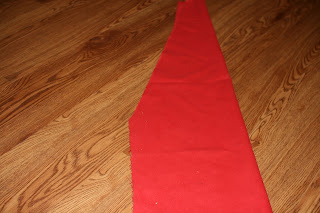 Here's what it looked like when I was finished with this part. 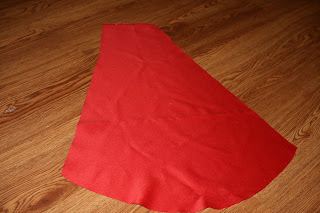 I finished off the cape-shape by rounding the bottom 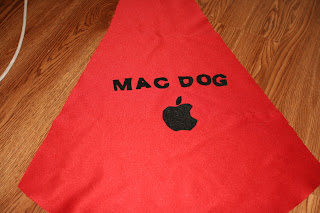 I placed the felt letters on the cape before I glued them on. 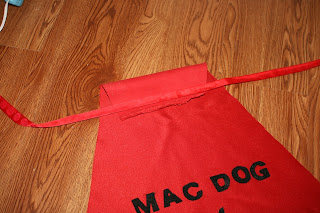 I folded down the top, glued the ribbon down, and then folded the top edge over. 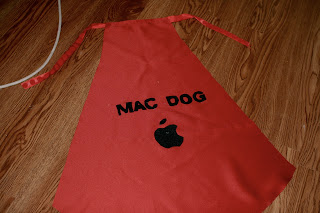 Here's the product!  I wanted something simple and easy so I chose to hot glue the letters down.  If this cape needed to endure some major Halloween activities, I would have sewn them on or used liquid stitches.
Here's Mac with his new digs! 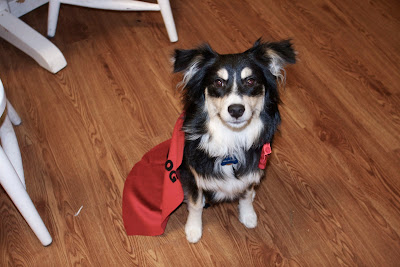 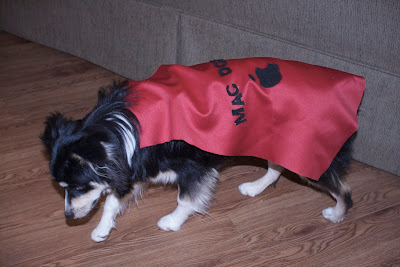 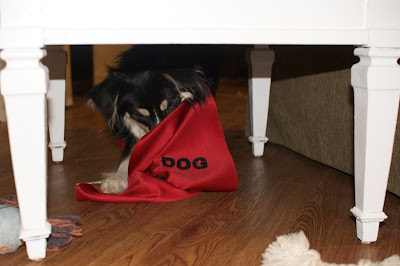 And then he discovered he could eat it! 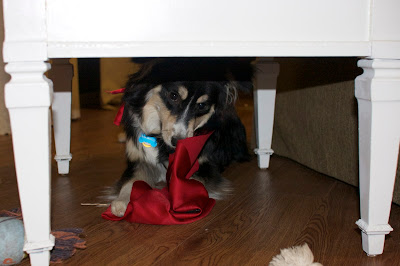 It was all downhill from there! 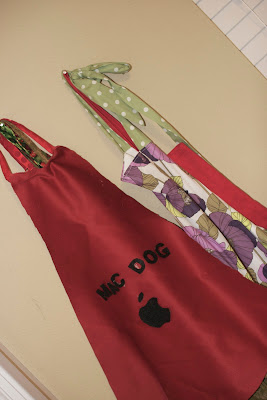 It was time to hang up the cape!
Maybe he should've stuck with being the swamp monster: 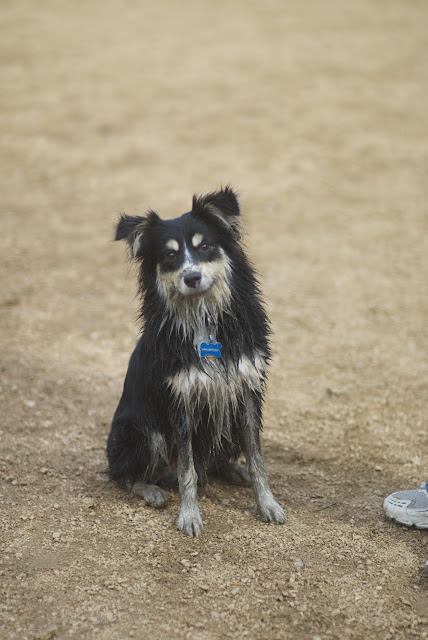