From Big Orange to Oh So Lovely

The redo of what my husband affectionately named, "Big Orange" took a long time to begin.  Here's the story behind Big Orange if you want to stroll back to August (yep, nearly two months ago...)

Here's Big Orange in all its glory: 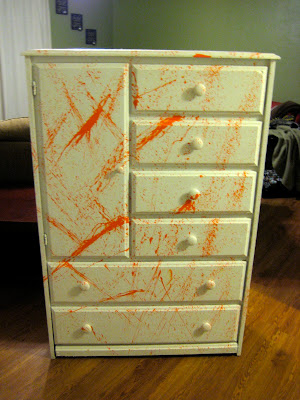 At first, we thought that if we could sand it, the paint splatter wouldn't be so noticeable.  We were wrong.  Just sanding the top took more time than either of us wanted to spend with the sander!  The only other option was to strip it. If this piece was worth stripping, I would have.  Unfortunately, it's not worth much and has had about 4 previous paint lives.  I decided to simply prime and paint.
Since I realized that it didn't have a lot of resale value, I decided that I would just use for storing all the stuff for painting and crafts that had begun accumulating in the office.  In order to avoid spending money on it, I used "oops" paint that we already had on hand and spray painted the knobs with some extra spray paint too.
After being painted, it looked a little blah.  I was inspired by this post that I saw on Jone's Design Company and thought, "that looks simple!"  Well, it was simple but it took a long time and I had a number of moments that I wanted to "throw in the paintbrush."  In the end, I love it!  I also glued (yes, glued) a scrap piece of board that I "chalktified" on the door for some extra fun.
The total cost of this project: nada, zip, zero!
Here's the final result: 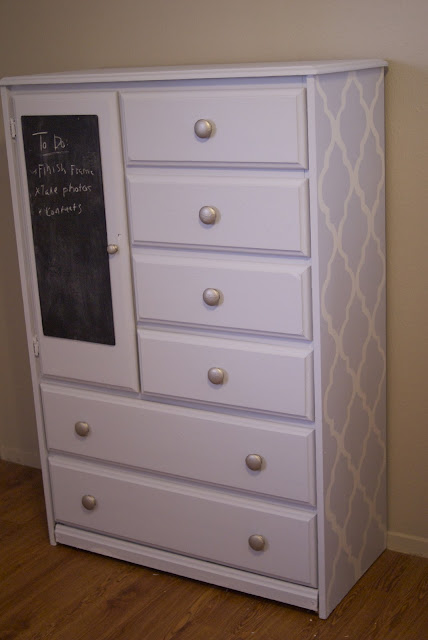 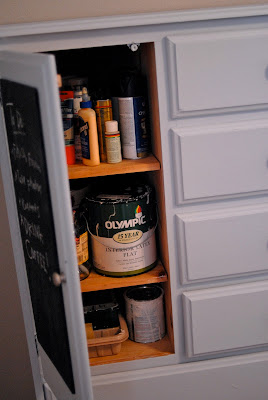 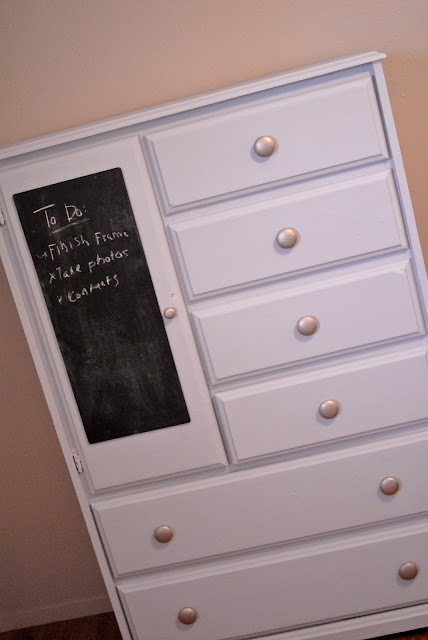 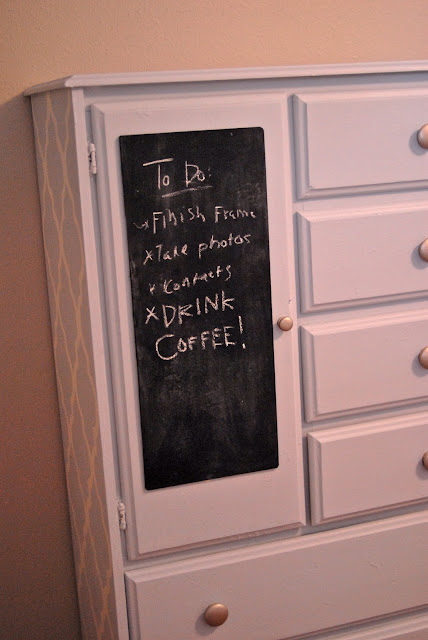 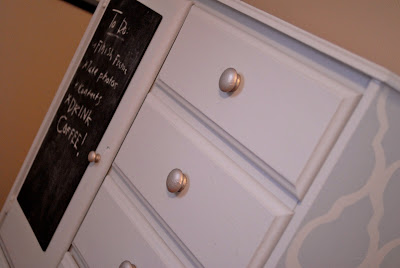 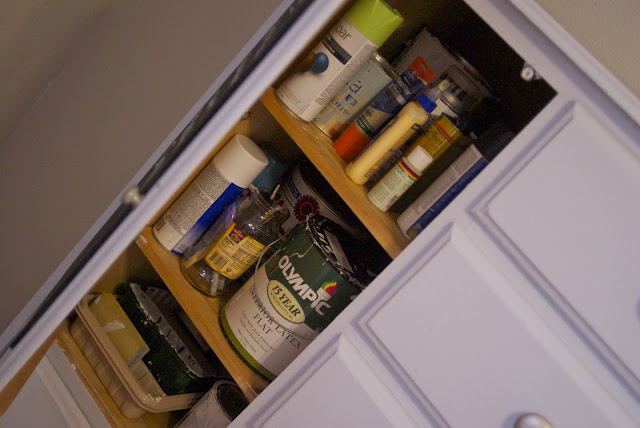 What do you think? I'm linking up to:
Primitive and Proper: Piece of Work Wednesdays